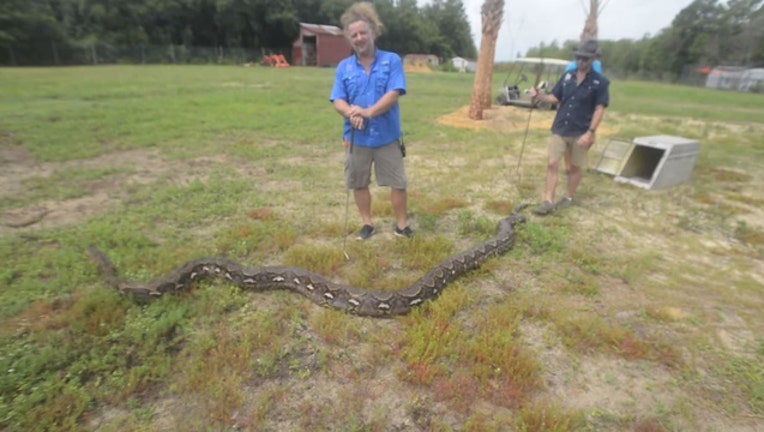 CRESTVIEW, Fla. (AP) - A Florida python could be slowly slithering toward a world record.

Her diet consists of previously frozen goats and pigs. Ridder says she could near world record size in a couple of years, which is about 25-feet long.

Ginormica is about 6-years-old is an excellent swimmer. He told the Northwest Florida Daily News she could live to be about 75-years-old.