It's Winter in Florida at Snowcat Ridge

DADE CITY, Fla. - There's snow in the forecast in Florida – at least for one spot in Pasco County. Snowcat Ridge is finally open for the 2022 season.

It was originally scheduled to open last week, but got pushed back because of Tropical Storm Nicole. Snowcat Ridge claims to be Florida’s first and only alpine snow park with "real" snow. It's an outdoor attraction in Dade City featuring a 60-foot tall, 400-foot-long snow tubing hill. Riders can tube down the hill in either a single, double, or family-sized tube at speeds that can hit almost 30 miles an hour.

Guests can also head to the Arctic Igloo, a snow play area; the Crystal Ribbon, a 16,000 square foot ice-skating ribbon; an Eskimo Outpost with private igloo rentals; and check out the food and drink vendors in the Alpine Village.

It runs through the last week of February 2023. 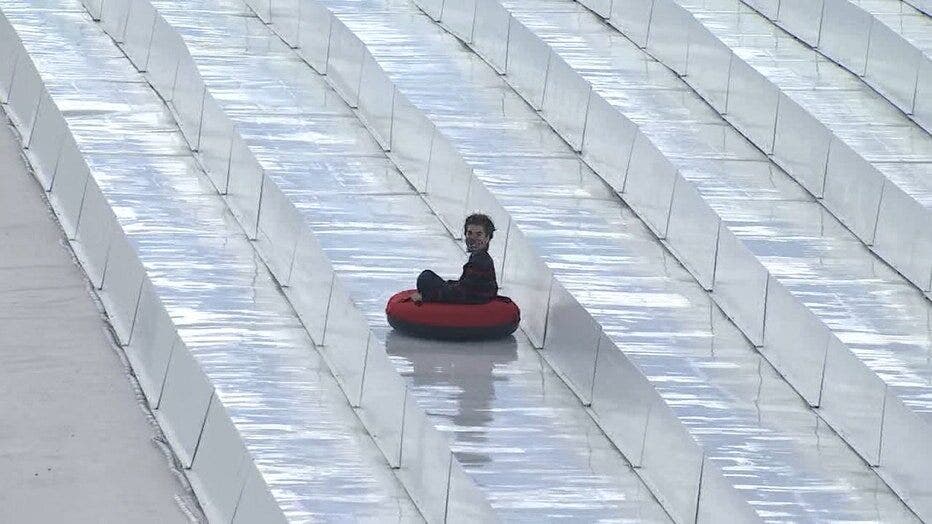 You can find more information at snowcatridge.com.