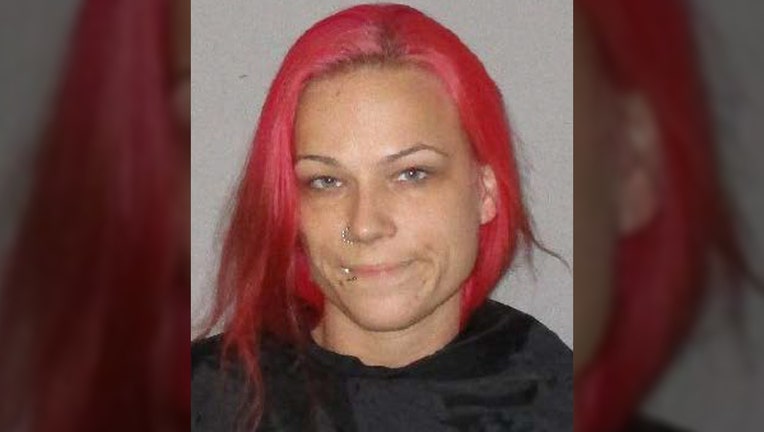 FLAGLER COUNTY, Fla. - A Florida woman going to a courthouse to face a judge was arrested after security found a bag of methamphetamine in her possession.

The Flagler County Sheriff's says that 25-year-old Tessa Lilly went into the Kim C. Hammond Justice Center. She was at the courthouse to see a judge for Driving with a Suspended License and Pick Pocketing.

While going through security, they said that the metal detector alerted and a deputy asked that Lilly place her property in the bucket. She removed a plastic baggie from her pocket and told deputies that it was makeup used for skin treatment.

However, they said that the deputy observed a clear rock-like substance in the bag. The substance tested positive for Methamphetamine and weighed 1.44 grams.

Lilly was reportedly placed under arrest and charged with Possession of Methamphetamine.

“She came to court with meth in her pocket?” Sheriff Rick Staly said. “Our security system at the courthouse worked. She obviously needs help and has not learned from her past mistakes. I hope this is a wakeup call to turn her life around and seek treatment for her addiction.”

Lilly has previous narcotics arrests dating back to 2017, deputies say.