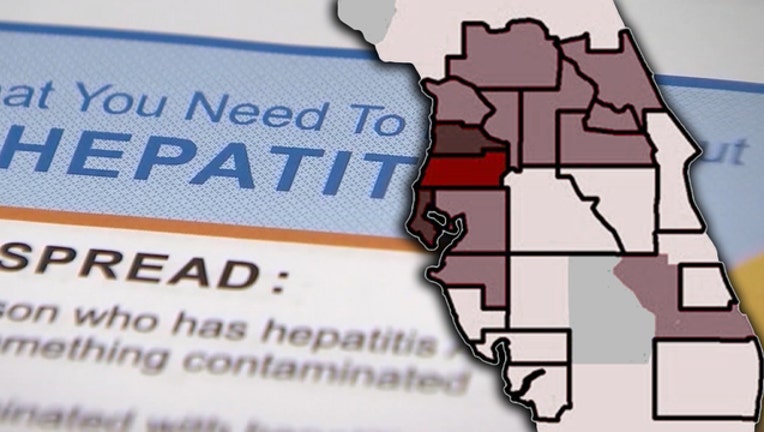 "I am declaring this Public Health Emergency as a proactive step to appropriately alert the public to this serious illness and prevent further spread of Hepatitis A in our state," Rivkees said in a prepared statement issued to the media.

Rivkees encouraged people to be vaccinated against the virus, which is spread through oral injection or fecal matter.

“It is important that we vaccinate as many high-risk individuals as possible in order to achieve herd immunity,” Rivkees said in his statement.

The statement also notes that the Department of Health will request assistance from the Centers for Disease Control and Prevention to abate the spread of the virus.

The health department had previously announced that it will work with the CDC to help curb the spread of the virus, but the department has not said how much help the state is receiving, and whether the aid includes additional vaccines.

Former DOH Secretary Celeste Philip issued a public health “advisory” on the increasing hepatitis A cases in November, when the state first started seeing a sharp increase in the number of cases. Despite that advisory, the virus continued to spread.

Case counts for the first six months of 2019 have already surpassed the total number of cases reported last year, according to state health officials.

There have been 2,034 hepatitis A cases reported to the state between January 1 and July 29, according to the Florida Department of Health.

Pasco and Pinellas counties lead the state in the number of reported cases, with 358 in Pasco and 328 in Pinellas, as of Saturday.

Rivkees’ declaration advises “all public and private entities with restrooms and shower/bathing facilities used by the public to sanitize surfaces” in restrooms or bathing areas “at least once per day with a solution of one and two-thirds cups of chlorine bleach per gallon of water.”

The solutions should be applied to all surfaces for a minimum of one minute, the declaration advises.

Rivkees also recommended that health-care providers consider screening for hepatitis A in patients who have “jaundice, light-colored stools and dark-colored urine.”