TAMPA, Fla. - Jose Vasquez pleaded guilty a total of five times Tuesday in a virtual hearing for crimes he had committed -- both in and out of jail.

On November 10, 2019, prosecutors say, Vasquez beat a man to death at a Brandon bowling alley after getting into an argument.

"The victim was still arguing with Mr. Vasquez, had asked the victim 'If that is all he had.’ That caused Mr. Vasquez to punch the victim one time in the face with a closed fist, which caused the victim’s legs to buckle, causing the victim to fall to that ground, striking his head a third time," explained prosecutor Marcia Lucas.

The victim died from a traumatic brain injury days later.

Earlier that year on a trip back from Key West, prosecutors say, Vasquez began beating another man in a car he was riding inside. They say he stole $600 from the victim’s pocket. 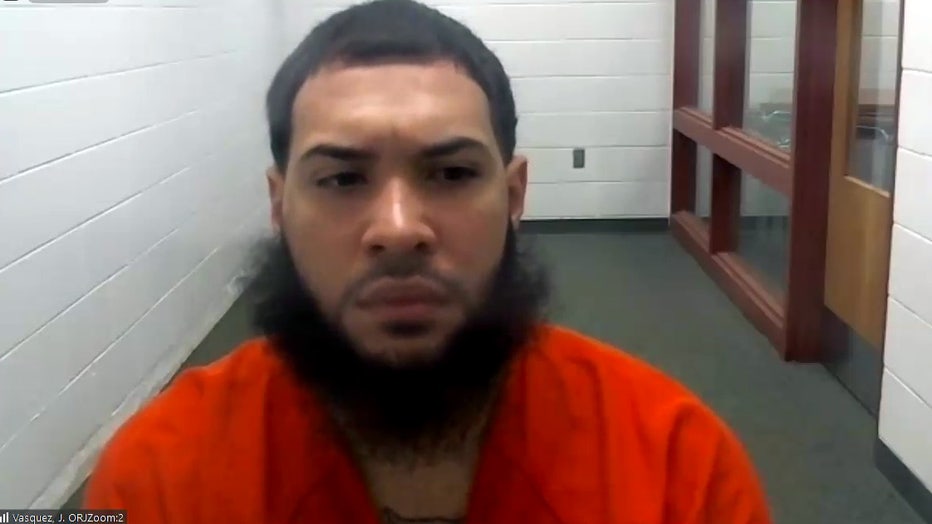 While in jail on those charges, Vasquez got into more trouble. Lucas says he, along with a co-defendant, ambushed an inmate and beat him too.

There was also a weapon and drug charges to which he pleaded guilty.

For the list of charges, Vasquez cut a deal with the state and got 10 years in prison followed by five years’ probation.

As part of his sentencing, the 23-year-old must undergo a mental health evaluation and anger management classes.