TAMPA, Fla. - A little winter weather is coming our way -- based on Florida standards, at least -- but first, a line of storms will sweep through this afternoon ahead of that cold front.

Showers and storms started lining up near the Panhandle during the early-morning hours, which will make their way through the Tampa Bay region between 2 p.m. and 5 p.m., says FOX 13's meteorologist Dave Osterberg.

"I know what you're saying, you're saying, 'Well, can you narrow it down?' The problem is we have such a large viewing area that at 2 p.m. it's in Citrus County and 5 to 6 p.m. it's down in Highlands County," he explained. "I'm trying to give everybody a window in which you'll be impacted. Obviously, Highlands County you would be last and Citrus County you would be first." 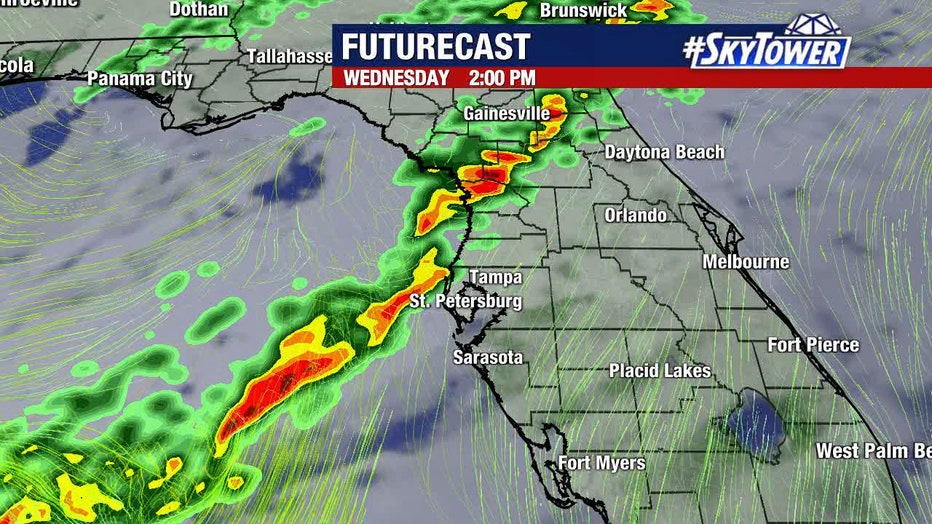 The morning started with some sunshine, but it won't last long.

"We're going to quickly cloud-over as we await that line of rain and some thunderstorms. Once that moves in, that will set the stage for the cold air coming in," Osterberg said.

He said there could be a couple of strong storms along the coast, north of Tampa. 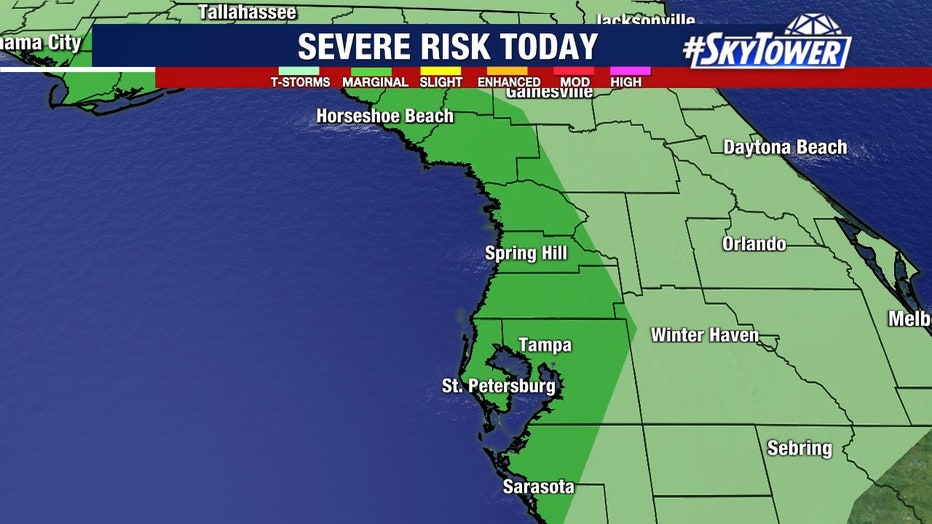 "From Tampa north, especially right along the coast, we have that marginal risk for a strong thunderstorm with the primary threat being some pretty high wind gusts with those storms," Osterberg said. "By 5 p.m. making its way to Hardee County, DeSoto County, Highlands County and then we are done with the rain and then it's time to bring in the cold air and that process will happen all night tonight."

Then, the weather will be going from "mildly-muggy to bone-dry," he described. The high temperature for Thursday will be 63 degrees. 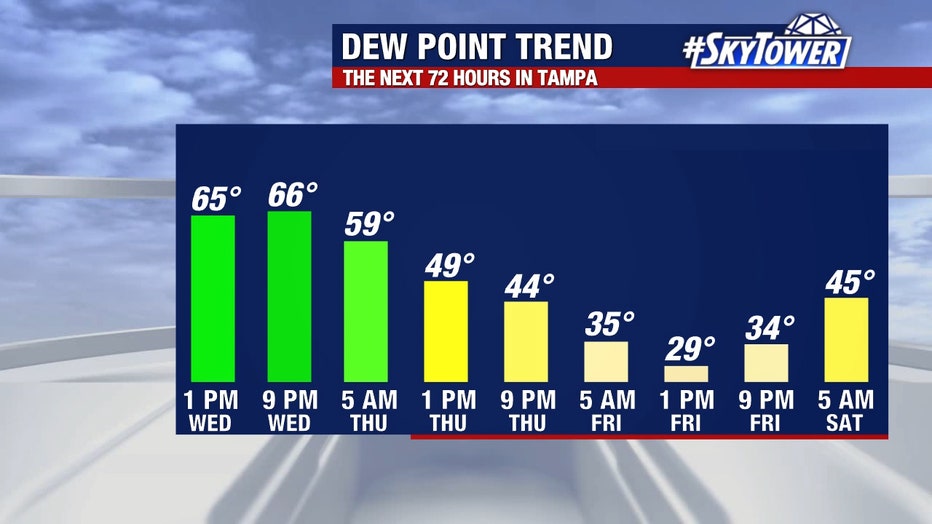 "That's a struggle," Osterberg said. "Then how about Friday morning? Forty-four for a high with Friday afternoon's high only 65."

It will be unseasonably cool for a couple of days, with "normal temperatures" returning for the weekend. 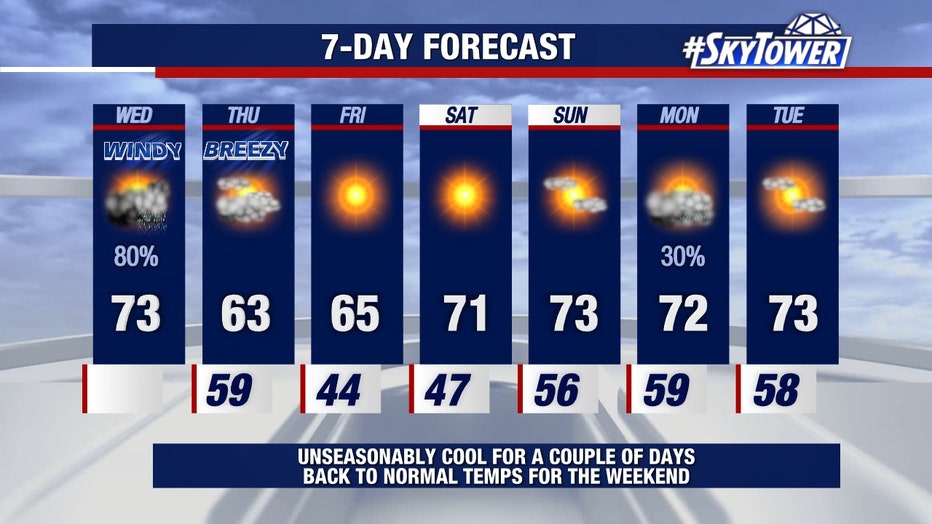