TAMPA, Fla. - It's been a while, but a cold front will finally sweep through early Wednesday morning -- and it will likely be the last one we have for a while.

Today will be windy ahead of the front. After it blows through, you'll notice some slightly cooler and drier air, explained FOX 13's meteorologist Dave Osterberg.

"But what it's not going to do is bring us a lot of rainfall, unfortunately," he said, adding there is a 'tiny, little' chance of rain.

In fact, Tampa is well below its average rainfall for the month of March. Tampa’s average rainfall in March is just over 3 inches. So far, only a trace of rain has been recorded at the official rain gauge. Once Wedneday's cold front comes through, the dew point will dip down into the 40s, likely by the afternoon. 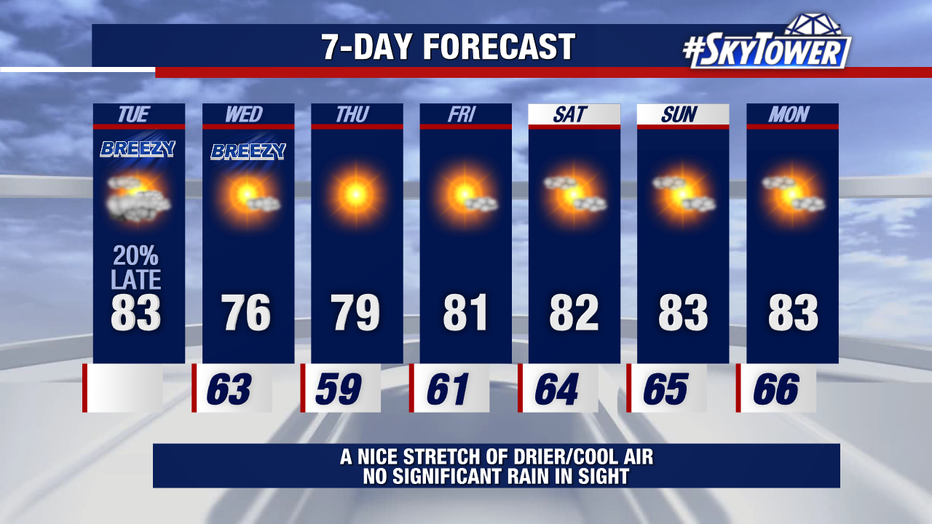 "You're going to walk outside tomorrow afternoon, and you're just going to be like, 'Ahh, so refreshing. So nice.' So the comfortable air is on its way," Osterberg explained.

The front is expected to arrive early in the morning -- between midnight and 2 a.m.

"For the rest of the seven-day forecast, it's going to be nice and dry and mild. I want you to enjoy this because it looks like in a couple of weeks, or in 10 days or so, the heat's coming right back at us," Osterberg said. "This may be the last time we get a decent cooldown, so enjoy it." 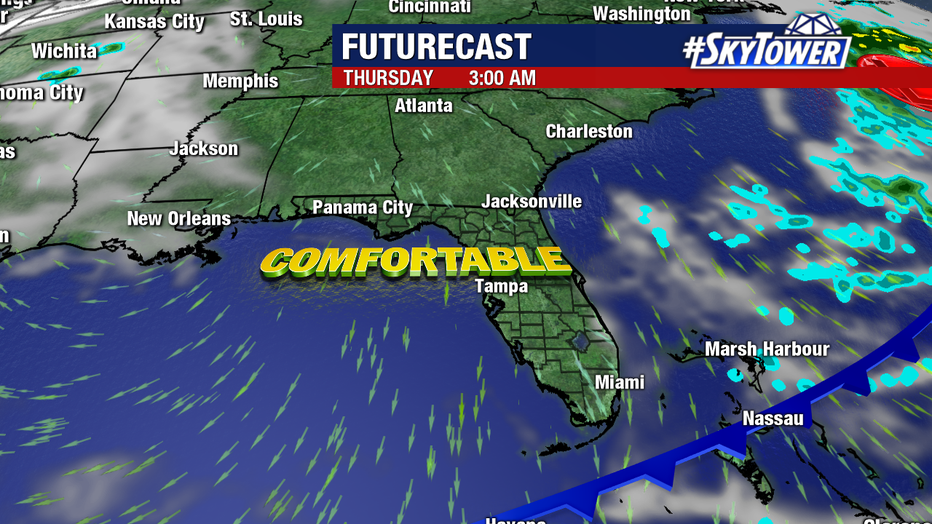