Brummett, 35, was piloting a small plane out of South Valley Regional Airport in West Jordan, Utah, when deputies with the Utah County Sheriff’s Office received reports at around 8 a.m. that the aircraft crashed near the Box Elder Peak in American Fork Canyon, according to a press release.

Witnesses told police that they saw the small plane spiral out of view and a few minutes later they heard the impact. They called 911 but hiked to the scene where they verified that the occupants “died on impact.” 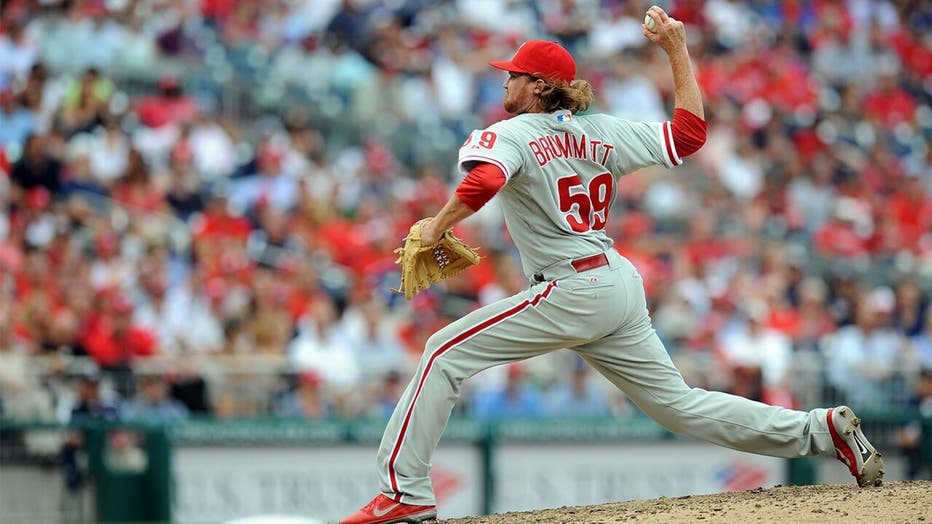 Tyson Brummett #59 of the Philadelphia Phillies pitches in his major league debut against the Washington Nationals at Nationals Park on October 3, 2012 in Washington, DC. (Photo by G Fiume/Getty Images)

Rescue teams were dispatched to the scene and also confirmed four dead occupants.

Brummett, friend Alex Blackhurst and his aunt and uncle, Elaine and Douglas Blackhurst were identified as the victims.

The NTSB and FAA are investigating the cause of the crash.

CLICK HERE TO GET MORE SPORTS COVERAGE ON FOXNEWS.COM

Brummett was drafted by the Phillies in 2007 where he played in the Phillies’ system for five years, The Philadelphia Inquirer reported. He only played in one MLB game in his eight years in the minors.