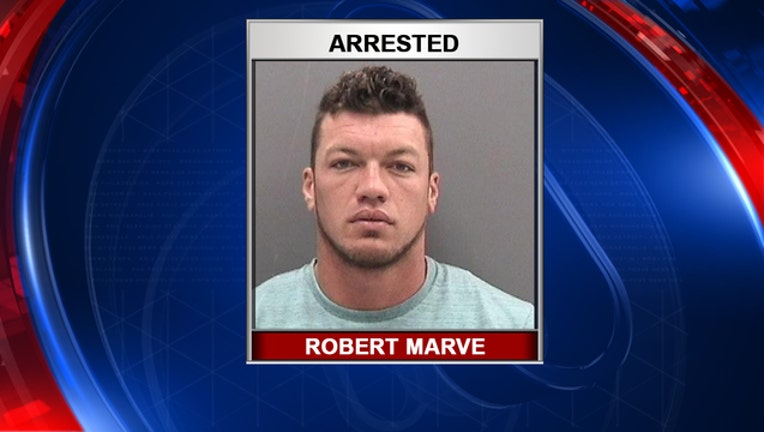 TAMPA (FOX 13) - A former Plant High football player was arrested for a domestic battery case out of Key West.

Robert Marve turned himself in at Orient Road Jail around 10:20 a.m. He is being held under a $50,000 bond on the outstanding warrant from Monroe County. The charge was for domestic battery by strangulation.

The 29-year-old was a standout quarterback during his time at Plant High in Tampa. He was the state’s top high school football player in 2006.