LAKE WALES, Fla. - Algarene Richards, 68, and a 15-year-old male, both of Lake Wales, were arrested Wednesday after an altercation on a school bus, according to the Polk County Sheriff’s Office.

According to PCSO, the pair got into a verbal argument while riding a school bus taking students home from Frostproof Middle-Senior High School around 3:30 p.m. Deputies say the argument escalated and the two battered each other.

Richards was charged with child abuse. Deputies say she has a criminal history that includes three batteries, three aggravated assaults with a weapon, a dangerous discharge of a weapon, resisting a law enforcement officer, and shoplifting.

The teenager was charged with battery on a school official and was taken to the Juvenile Assessment Center. 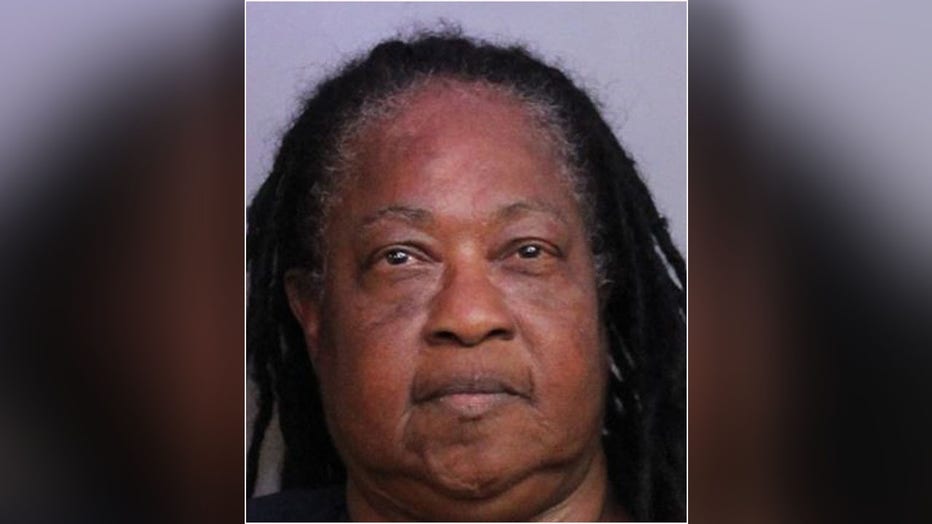 "Students have no right to become physically violent with a school board employee," said Polk County Sheriff Grady Judd. "Similarly, adults who are in a position of authority cannot use excessive physical violence against a student. In this case, the facts demonstrated that both involved should be criminally charged."

"Every day, Polk County Public Schools is entrusted with safely transporting tens of thousands of students to and from school," Deputy Superintendent John Hill explained. "Like we do at our campuses, we strive to create school bus environments in which students feel supported, encouraged and, most important of all, safe. We hold ourselves, our employees and our students to the highest of standards of behavior and respect for one another. Violence of any kind will not be tolerated. We thank the Polk County Sheriff’s Office for their swift and thorough response to this incident."

According to Polk County Public Schools, Richards was a substitute bus attendant who was hired on Sept. 13, 2019. The district fired her on Wednesday.