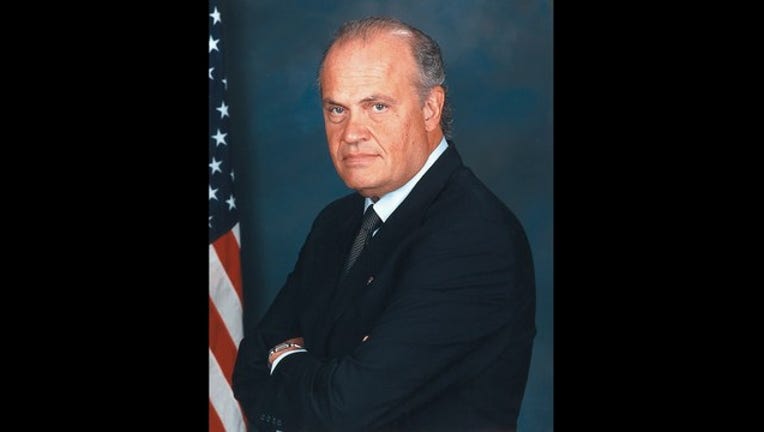 NASHVILLE (AP) - Fred Thompson, a Republican U.S. senator for eight years who also acted in feature films and on television, has died, his family says in a statement.

The statement says he died in Nashville after a recurrence of lymphoma at 73.

Thompson, a lawyer, alternated between politics and acting much of his adult life. Once regarded as a rising star in the Senate, he retired from the seat when his term expired in January 2003, saying he didn't "have the heart" for another term.

He announced a bid for president in 2007 but dropped out in 2008 after faring poorly.

Thompson, 6-foot-6 with a booming voice and folksy demeanor, appeared in at least 20 motion pictures. His credits include "In the Line of Fire," "The Hunt for Red October," and "Cape Fear."