Volunteers clean up after Gasparilla

TAMPA, Fla. - Hundreds of volunteers gathered along Bayshore Boulevard and in areas of Hyde Park Sunday morning to clean up the mess that was left after the Gasparilla parade.

The Department of Solid Waste teamed up with "Keep Tampa Bay Beautiful" to organize the clean-up efforts.

Despite the early hours and frigid temperatures, volunteers say they were glad to be out there doing the necessary work to keep the area clean and beautiful.

"Honestly, it’s been pretty tame so far, all we’ve seen is like, a lot of chicken thrown on the floor, some fries here and there, lots of beads, but other than that, nothing too fancy, some beer bottles here and there but that’s about it," said Aaryan Srivastava, a King High School student volunteering with some of his classmates. "I know I had to wake up early to do this but I feel like it’s worth it in the end to have a cleaner Tampa Bay."

It can be a daunting task, but volunteers split it up into several different areas to make sure no trash gets left behind. Organizers say it is important to clean up the mess as soon as possible so nothing goes into the bay. 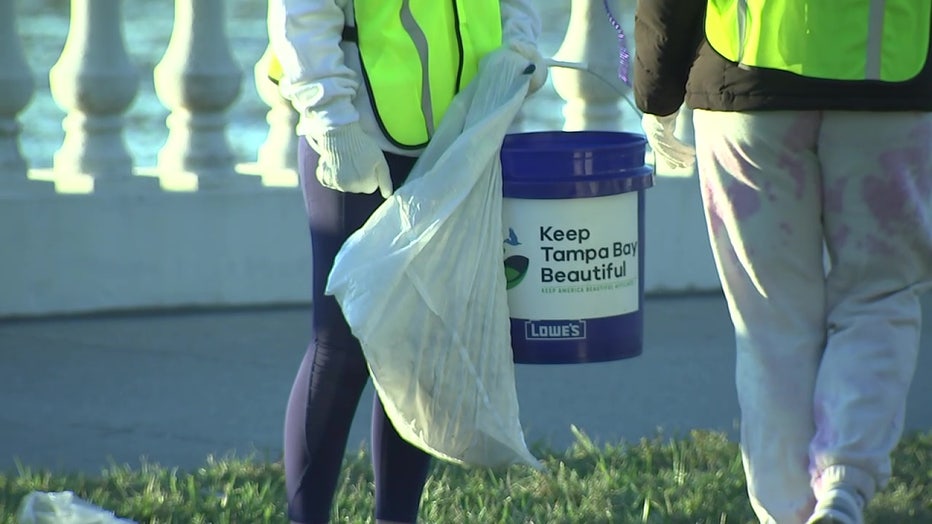 City employees start cleaning behind the very last float of the parade, but volunteers are still needed the next day to finish the job.

RELATED: ‘Don’t make us do our job’: 40 law enforcement agencies from across Florida on hand for Gasparilla

"Who knows, maybe because it was cold and people had their hands in their pockets a little bit more, but it all comes down to the end when we have to weigh the garbage, the recycling, and the beads to see exactly how much it all adds up at the end," said Edgar Castro Tello, with the Tampa Department of Solid Waste.

Volunteers are needed after Gasparilla every year.