TAMPA, Fla. - It appears the pandemic won't cancel the tradition of Gasparilla parades in Tampa as officials announced Monday the annual celebration will be delayed by about three months in 2021.

Every year, pirates -- both big and small -- invade the streets of Tampa and the waters of Hillsborough Bay. City officials said next year's Gasparilla Children's Parade will be held on April 10, 2021. The Gasparilla Pirate Fest will be moved to April 17, 2020.

The Ye Mystic Krewe of Gasparilla's Outbound Voyage will set sail on Friday, May 14, 2021.

RELATED: Tampa General Hospital to be among first hospitals with the COVID-19 vaccine

"Safety is our most important responsibility," said Ye Mystic Krewe of Gasparilla Captain Peter Lackman. "In the public interest of restricting events that bring large numbers of people to our community, we have made the difficult decision to postpone. We look forward to celebrating with our mateys safely and responsibly this April."

The Gasparilla Pirate Festival and the Gasparilla Children's Parade, which airs on FOX 13, are typically held in January, followed by the Sant' Yago Knight Parade in early February. Details on the Ybor City nighttime parade have not been released.

This year's postponement of Gasparilla festivities is not the first in event history, organizers said. Over the past 107 years, parades were not held for numerous reasons, including when the city had limited public celebrations or during wartimes. 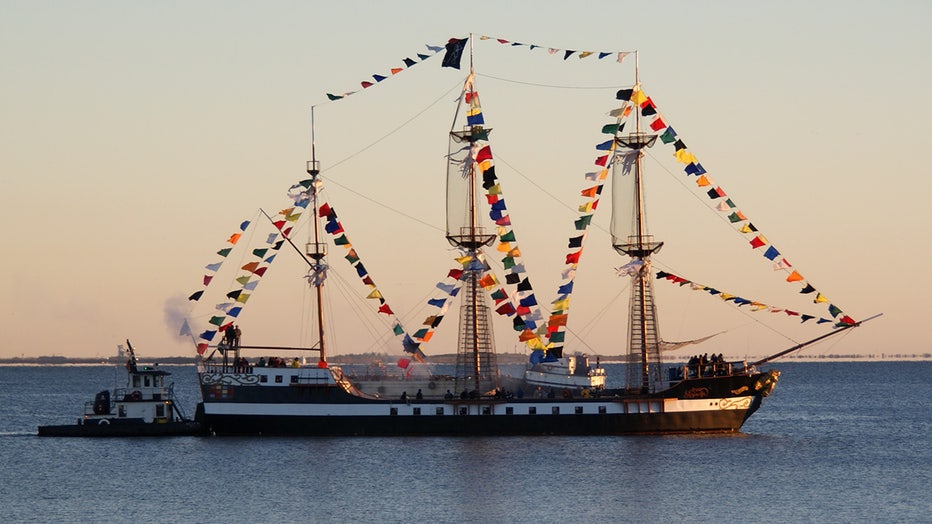