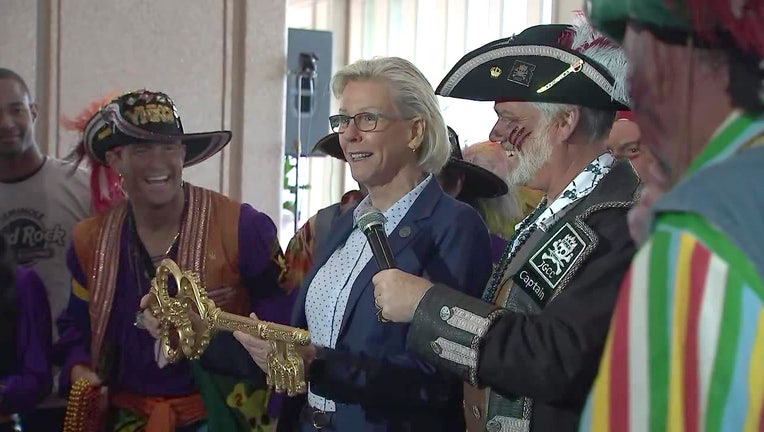 The pirates of Ye Mystic Krewe stormed the Tampa Convention Center Tuesday afternoon for their annual meeting with the city's leader.

Mayor Jane Castor was given the choice of surrendering the city or facing a bunch of pirate ships this weekend.

She chose the latter and refused to hand over the city's key.

Over the weekend, pint-sized pirates took over Tampa – but a lot fewer than expected. The city said about 150,000 people attended the Gasparilla Children's Parade on Saturday. The city believes the pandemic and the chilly weather played a role.

This Saturday, the high temperature is expected to barely reach the 60s.