The 65-year-old civil rights activist spoke June 4 during a memorial in Minneapolis.

MINNEAPOLIS - Many prominent guests were in attendance at the Minneapolis memorial service for George Floyd, including Hollywood celebrities, musicians and the politically powerful who came to pay their respects to the man whose death during an encounter police sparked protests nationwide and calls for an end to racial injustice.

The service unfolded at North Central University as a judge a few blocks away set bail at $750,000 each for the three fired Minneapolis police officers charged Wednesday with aiding and abetting murder in his death.

Floyd, 46, died May 25 after a white police officer, Derek Chauvin, put his knee on Floyd's neck for several minutes as he lay handcuffed on the pavement, gasping that he couldn't breathe. Chauvin has been charged with second-degree murder, a charge that was upgraded from third-degree murder Wednesday. Chauvin and the three other officers could get up to 40 years in prison.

As of August 2018, 16 states have passed use-of-force laws, a handful of which restricted what police can do.

Just a few days before the memorial, Walz and the Minnesota Department of Human Rights ordered a civil rights investigation of the police department to determine how to address its history of racial discrimination and find solutions for systemic change.

Floyd’s casket was flanked by white and purple flowers, and an image was projected above the pulpit of a mural of Floyd painted at the street corner where he was pinned to the pavement by police. The message on the mural: “I can breathe now.” 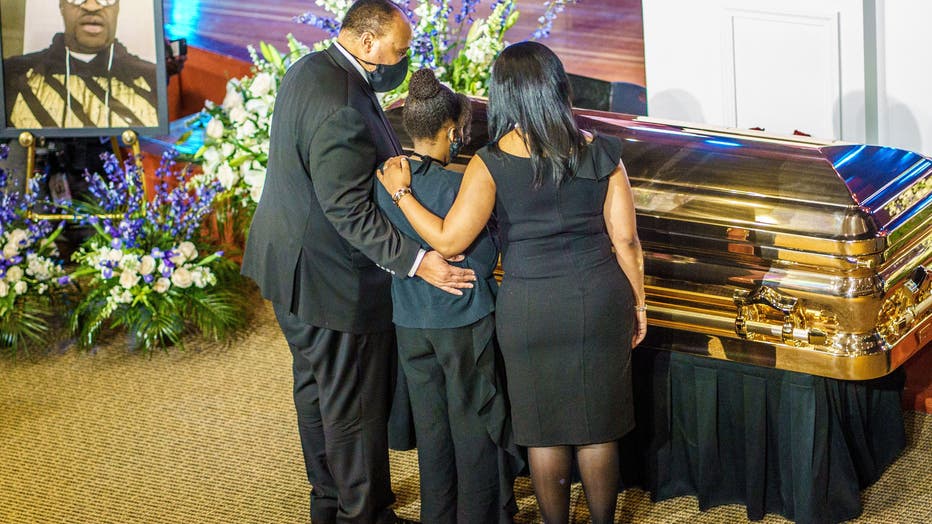 The Rev. Al Sharpton was among those who planned to speak, as organizers of the memorial planned to acknowledge the meaning Floyd had in life to his large family and the broader meaning he has assumed in death.

“He was a human being. He had family, he had dreams, he had hopes. The real duty of one with this type of assignment is to underscore the value of the human life that was taken, which gives the reason the movement was occurring,” civil rights leader Sharpton said ahead of the gathering.

Memorials to Floyd are set to take place in three cities over six days: After the first service, Floyd’s body will go to Raeford, North Carolina, the state where he was born 46 years ago, for a two-hour public viewing and private service for the family on Saturday. 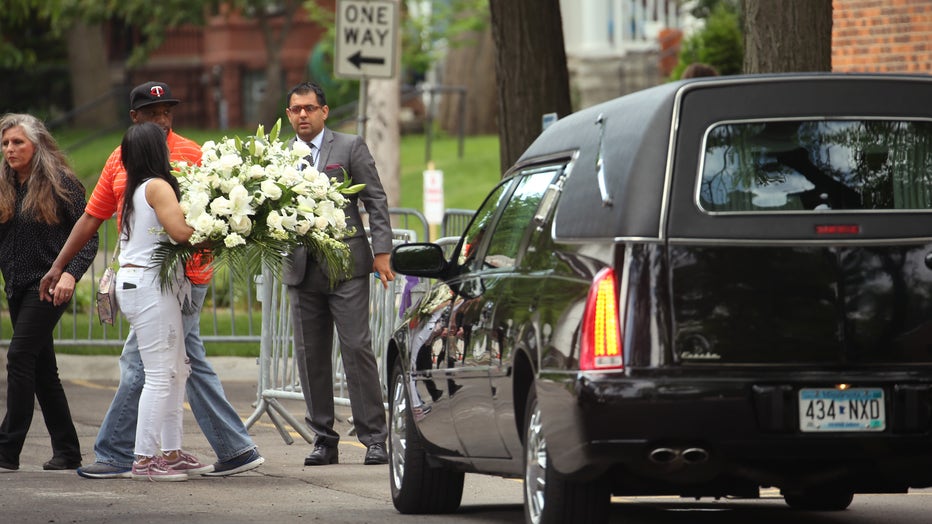 FILE - The remains of George Floyd arrive at North Central University for a memorial service on June 4, 2020 in Minneapolis, Minnesota. (Photo by Scott Olson/Getty Images)

Finally, a public viewing will be held Monday in Houston, where he was raised and lived most of his life. A 500-person service on Tuesday will take place at The Fountain of Praise church and will include addresses from Sharpton, family attorney Ben Crump, and the Rev. Remus E. Wright, the family pastor. Former Vice President Joe Biden, the presumptive Democratic presidential nominee, may attend, and other political figures and celebrities are expected as well. A private burial will follow.