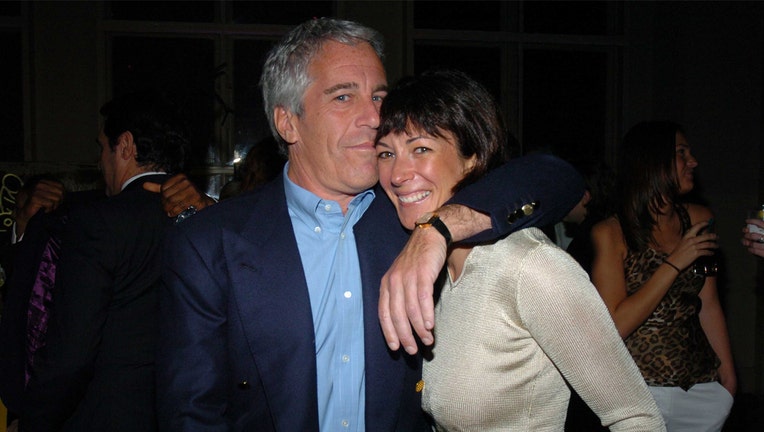 NEW YORK - A jury began deliberations Monday, tasked with considering whether Ghislaine Maxwell is a dangerous predator who recruited teens to be sexually abused by financier Jeffrey Epstein — as prosecutors put it — or the "innocent woman" a defense attorney described.

The jury received the case just before 5 p.m. after two prosecutors and a defense lawyer delivered their closing arguments over a six-hour period.

Maxwell, 59, had been composed, if not cheerful, as she interacted with her lawyers and family members for the first three weeks of the trial. But she seemed emotional as Assistant U.S. Attorney Maurene Comey rebutted defense arguments and asserted the British socialite believed her four trial accusers were beneath her.

"In her eyes, they were just trash," Comey said as Maxwell shook her head slightly and then drooped her eyes.

Earlier, she had wiped her eyes twice as Comey attacked defense portrayals of the women who testified about abuse. The prosecutor said Maxwell played a pivotal role in Epstein's quest to sexually abuse teenage girls.

Defense lawyer Laura Menninger had argued that the women's recollections of abuse by Epstein and Maxwell were flawed memories manipulated two decades or more later by civil lawyers seeking payouts or U.S. government investigators seeking a scapegoat after Epstein killed himself in a federal jail in 2019 while he awaited his own sex trafficking trial.

Comey called a defense claim that Maxwell didn't know about abuse that occurred for more than a decade a "laughable argument."

"Those four witnesses gave you the most damaging testimony in this trial," she said. "These women put themselves through the hell of testifying at this trial even though they have nothing to gain."

Comey added: "They did it for justice."

The prosecutor started her remarks by disputing a claim by the defense that nearly all the evidence pertained to Epstein, and Maxwell did not deserve to be blamed as a conspirator in his crimes.

"This case is about that woman," Comey said, pointing at Maxwell, who sat at the defense table in a white sweater as four of her siblings watched from the first bench of spectators in a courtroom where everyone followed spacing rules dictated by the coronavirus.

Earlier, Assistant U.S. Attorney Alison Moe called Maxwell the "lady of the house" when Epstein abused girls at a New York mansion, a Florida estate and a New Mexico ranch.

"Ghislaine Maxwell was dangerous," Moe said. She cited over $30 million that Maxwell received from Epstein over the years. "Maxwell and Epstein committed horrifying crimes."

Menninger, though, said prosecutors had failed to prove any charges beyond a reasonable doubt: "Ghislaine Maxwell is an innocent woman, wrongfully accused of crimes she did not commit."

The summations came at the start of the fourth week of a trial that was originally projected to last six weeks. With a coronavirus outbreak in New York worsening by the day and a holiday weekend ahead, Judge Alison J. Nathan urged lawyers to keep their closings tight so the jury could begin deliberating as early as Monday.

Maxwell has been jailed since her arrest in July 2020. The judge has denied her bail repeatedly, despite her lawyer's arguments that the pledge of her $22.5 million estate and a willingness to be watched 24 hours a day by armed guards would guarantee her appearance in court.

The closings came after two dozen prosecution witnesses testified, including the four women who say they were abused by Epstein with the help of Maxwell when they were teenagers.

She asked them to ignore the testimony of a psychology professor who testified for the defense, saying the testimony that memories can fade over time and be influenced by what people hear, see or read was a "total distraction."

"These women know what happened to their own bodies," she said. "Your common sense tells you that being molested is something you never forget, ever."

But Menninger defended the testimony of the memory expert, citing instances in which Maxwell's accusers never mentioned the defendant's name when they first spoke of the abuse they endured from Epstein.

She said the testimony from accusers was manipulated by civil lawyers representing them as they pursued millions of dollars in payouts from a special fund set up after Epstein's suicide to compensate his victims.

Menninger said the women suddenly "recovered memories that Ghislaine was there."