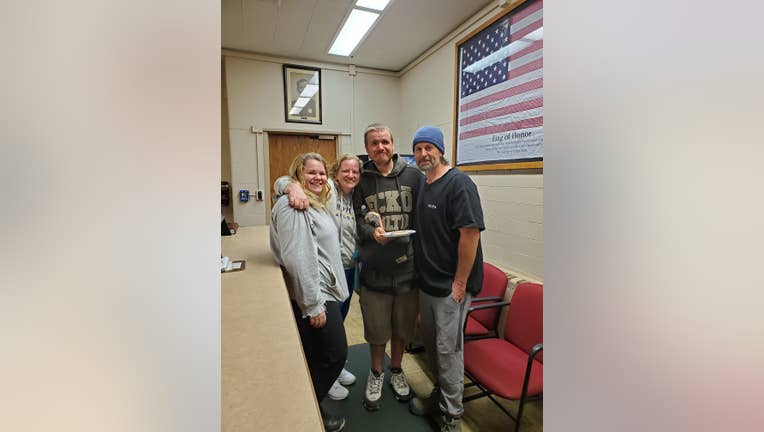 OLEAN, N.Y. - Good Samaritans reunited a New York man with his family after he went missing for almost two weeks, according to reports.

Cole Geise, 22, from Olean, went missing on May 2. Police worked with hundreds of residents to search the upstate region for Geise, but they made no progress.

Authorities had even searched waterways to see if he had fallen into the Allegheny River, the Olean Times Herald reported.

His parents had started to give up hope.

"You get to day 13 and you start wondering," Cole’s father, Steve, told WIVB. "You wonder and you start getting a couple negative thoughts in your head like alright why hasn’t he been seen? Where is he at?"

A Wendy’s shift supervisor recognized Geise when he walked into the restaurant Saturday night and approached him.

"I’ve known Cole since second grade," Lyaness Batista-Benett said. "I saw him walk in and it instantly brought upon this feeling. Holy crap – it’s him."

Others in the restaurant recognized him, as well, thanks to police notices.

Geise has been diagnosed with an autism spectrum disorder, so people followed him from a distance and called police to make sure he was collected safely.

Police held Geise until his parents were able to pick him up. Robert Blovsky, an Olean Police Department captain, said that Geise had been staying in an abandoned house, where he may have stayed for the duration of the two weeks, WGRZ reported.

TEEN BAKER SWEETENS LIVES MAKING DESSERTS FOR THOSE IN NEED

"He's very very intelligent, I'll give you that," Blovsky said. "He wanted to be alone, so he left. He said he was hiding. But he would pull up his hoodie when he said he would go out early in the morning to go look for food."

Police posted a picture of the family's reunion on the department's Facebook page.

"It feels good to know he’s home safe," Olean resident Jeremy Koch said. "I got kids. I know how it is. If one of my kids went missing I’d be frantic too."