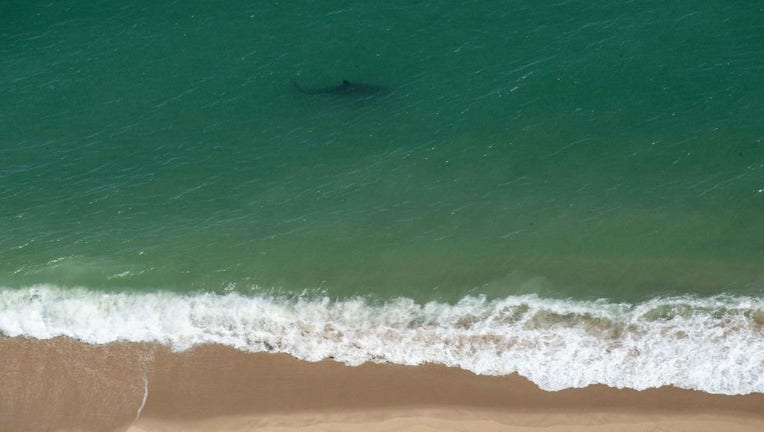 BARNSTABLE, Mass. - More than 20 shark sightings have been confirmed off the coast of Massachusetts’ Cape Cod this week, resulting in several temporary beach closures in the area.

Cape Cod has long been known as a hot spot for sharks on the East Coast, with July being a "prime time" for great white sharks, according to Boston.com. Across the U.S. Northeast, shark activity along the beaches has surged amid a rising seal population and conservation efforts, among other factors.

At least 21 confirmed shark sightings were reported over the last two days, according to the Atlantic White Shark Conservancy’s Sharktivity app. The conservancy supports scientific shark research and helps to raise awareness of the presence of great white sharks off the coast with the app.

A shark sighting close to shore on Tuesday shut down a beach on Martha’s Vineyard.

On Wednesday, a shark was spotted by a pilot about 50 yards from the shore of North Beach Island, according to the app. There were four sightings near the south inlet of Chatham Harbor later in the afternoon, Boston.com reported. 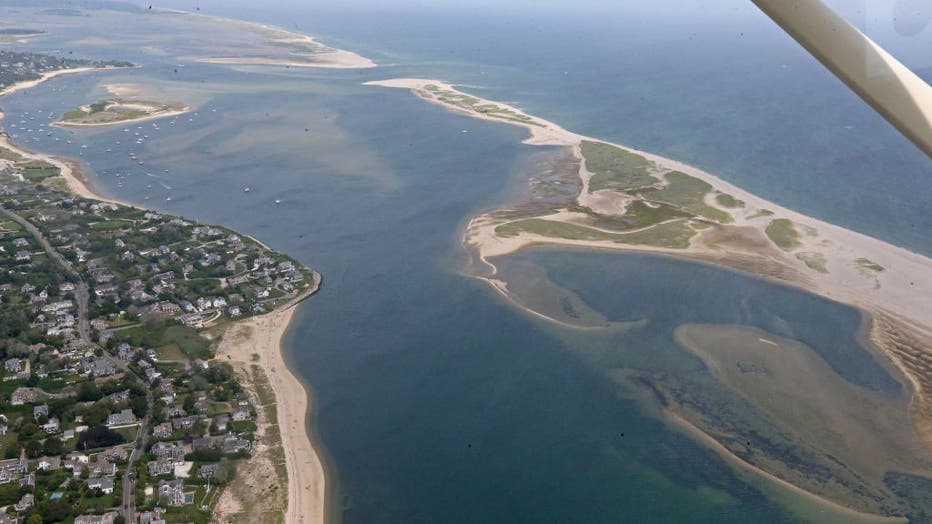 As of Friday, there were six different sharks that had been picked up by detection buoys in the ocean, according to the Sharktivity app. The tagged sharks that were detected have been given names like Ken, Iceland, Ruby, Granese Heath Ledger, and Cheerio.

While July is a popular month for sightings, the peak of great white shark season along Cape Code is actually in August, according to the Boston Herald, citing data from the Atlantic White Shark Conservancy. Last year, there were more than 63,000 detections in August. 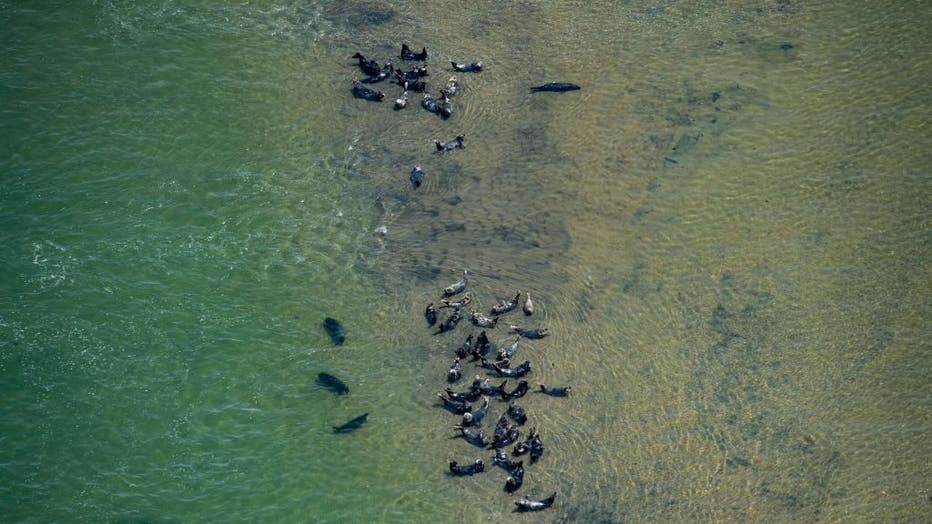 Earlier this summer, the Atlantic White Shark Conservancy warned beachgoers that warm weather in the northern U.S. typically coincides with the migration of great white sharks to the Massachusetts area.

"Just know that large sharks are here," conservancy scientist Megan Winton said at a news conference on June 29. "They're a constant presence from June to fall."

About 230 miles south of Cape Cod, near New York's famous Fire Island, aerial video captured five sharks this week using teamwork to attack a school of bunker fish, only about 200 yards from the shore.

Experts noted how these bait fish near the coast could be tied to the recent string of shark attacks and sightings on New York and New Jersey beaches this summer. At least five shark attacks have been reported on Long Island alone, FOX 5 New York reported.

Florida had the most unprovoked bites nationwide last year with 28 cases (or 60% of the U.S. total and 38% of the total worldwide).

Most shark bites are related to surfing and board sports, and the chances of being bitten still remain "extremely low," the International Shark Attack File says. It offers resources for reducing the risk of a shark bite and instructions for what to do if one encounters a shark.

As the world’s coastlines become more crowded, researchers behind a study published this summer had expected that sharks would generally avoid the bright lights, loud noises, and chemicals in the water near these urban areas. But that’s not what they found.

"We were surprised to find that the sharks we tracked spent so much time near the lights and sounds of the busy city, often close to shore, no matter the time of day," said Neil Hammerschlag, lead study author and director of the University of Miami’s Shark Research and Conservation Program.

The study speculated that sharks could be attracted to the shore areas due to land-based activities, such as the dumping of fish carcasses by local businesses and fishermen. It also noted how the sharks’ relatively high use of urban areas, which often means crowded beaches, may have consequences for both humans and sharks.

"By spending so much time close to shore, sharks are at risk of exposure to toxic pollutants as well as fishing, which could impact their health and survival," Hammerschlag said.

VIDEO: Shark leaps out of ocean behind unsuspecting surfer