TAMPA, Fla. - NASA released new images collected by the WEBB telescope that show new details of the universe for the first time, at least on Earth. What's in the images offers clues to what's happening out in space as well as Earth.

"We are going to see the very first stars and the very first galaxies form out of just hydrogen and helium," said Dr. Susan Mullally with the Space Telescope Science Institute.

The WEBB telescope orbits a million miles away from Earth, which is four times further away than the moon.

"It will take a few more days to sink in on some of these, because they are so spectacular," said Marcia Rieke, the leader for the WEBB Near Infrared Camera team. 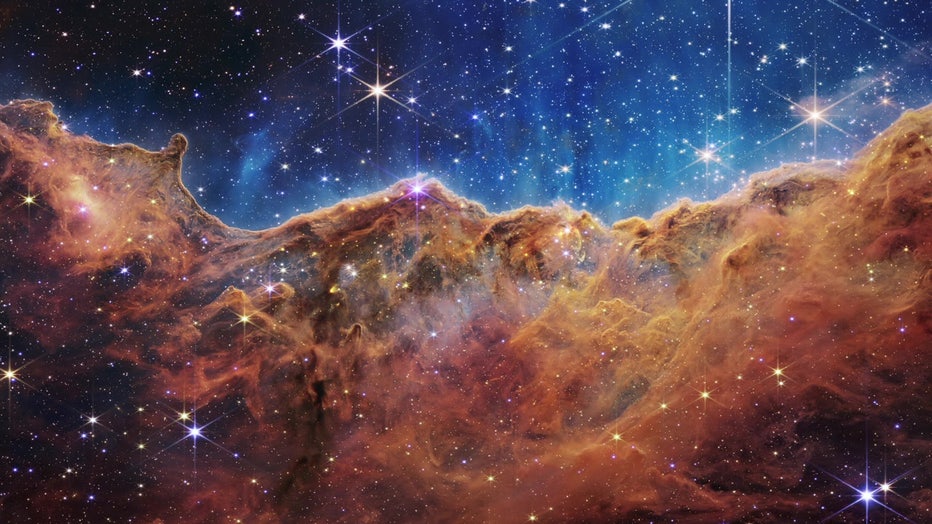 Details in images captured by the Hubble Telescope decades ago are dwarfed in scale by what the WEBB telescope was able to capture.

"You have a newly born stars that are with all this high energy radiation that's slamming into gas and dust that around them, which is causing new star formation," said Mullally.

MOSI education specialist Jose Cotayo said he's especially excited because the WEBB can detect atmospheric conditions on planets as they cross in front of stars. By learning about how other planets and stars work, there's no telling what we can learn about our own.

"It is mind-blowing when you sit there and think there is so much stuff in this one tiny speck, imagine how much more stuff there is all around," he said.

On Wednesday, NASA will be releasing the data that helped them construct the images.