Ter'on Jerome Forrester, 20, is facing second-degree felony charges after posting video of himself pointing an AR-15 at a busy roadway.

GULFPORT, Fla. - Gulfport police arrested Ter'on Jerome Forrester, 20, after they say he posted threats to kill or conduct a mass shooting on social media on June 26.

Police say Forrester posted a video, which was taken from his backyard, that showed him holding an AR-15-style pistol, equipped with an extended magazine inserted, a scope attached and the safety off.

He pointed the firearm at a busy roadway and parking lot, where two fully marked Gulfport Police Department vehicles were parked and where civilian vehicles and two PSTA buses passed through the barrel and scopes line of sight, according to GPD.

The video was captioned "bored af" "got 40 fa dey ass" followed by an emoji showing a face laughing with tears of joy.

Gulfport detectives along with the Bureau of Alcohol, Tobacco, Firearms and Explosives (ATF) and Pinellas County Sheriff's Office deputies arrested Forrester on June 30.

Law enforcement officers issued Forrester a Risk Protection Order, which is meant to increase public safety by restricting firearm and ammunition possession by a person who poses a danger to himself/herself or others. 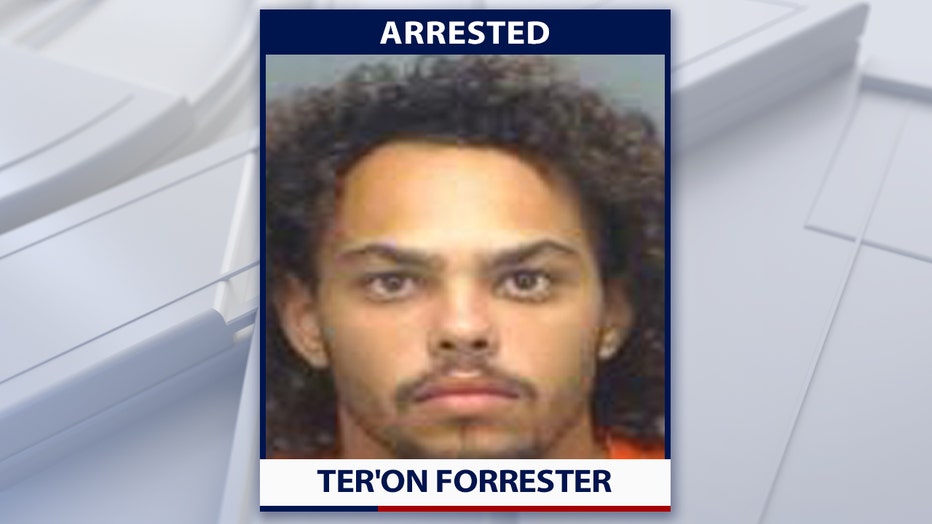 Law enforcement officers recovered the firearm Forrester was seen holding in the video. Officers say the gun was purchased legally. Forrester did not own it, but he did have access to it.

Forrester was charged with written threats to kill or conduct a mass shooting, which is a second-degree felony

Forrester is being held in the Pinellas County Jail with a $10,000 bond.