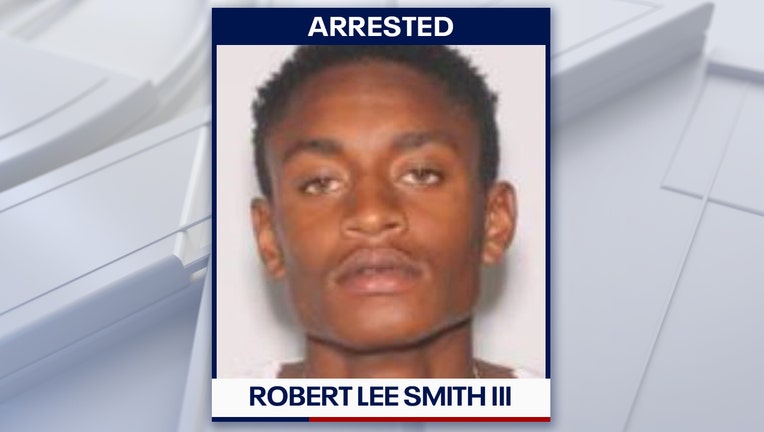 HAINES CITY, Fla. - Two Haines City police officers were seriously injured in a vehicle crash Saturday while chasing a teen who pointed a rifle at them while they conducted a traffic stop.

According to the Haines City Police Department, Officers Jose Ramirez and Gedrick Vargas were conducting a traffic stop Saturday around 5:20 p.m. when 19-year-old Robert Lee Smith III pointed a rifle at the officers and fled the scene in a black Toyota.

Officers Ramirez and Vargas tried to stop the fleeing vehicle but their patrol car was struck by another vehicle at the intersection of E. Johnson Avenue and Power Line Road.

Both officers were taken to area hospitals with serious injuries. Police say Officer Vargas suffered a dislocated shoulder and a broken rib. He was released from the hospital early Sunday morning. Officer Ramirez is currently in the intensive care unit with a broken arm, facial injuries, and a brain bleed. He underwent surgery Sunday morning and is in critical, but stable condition in the intensive care unit.

The driver and passenger of the other car involved in the crash were also taken to an area hospital. They were treated for minor injuries and released Sunday morning. 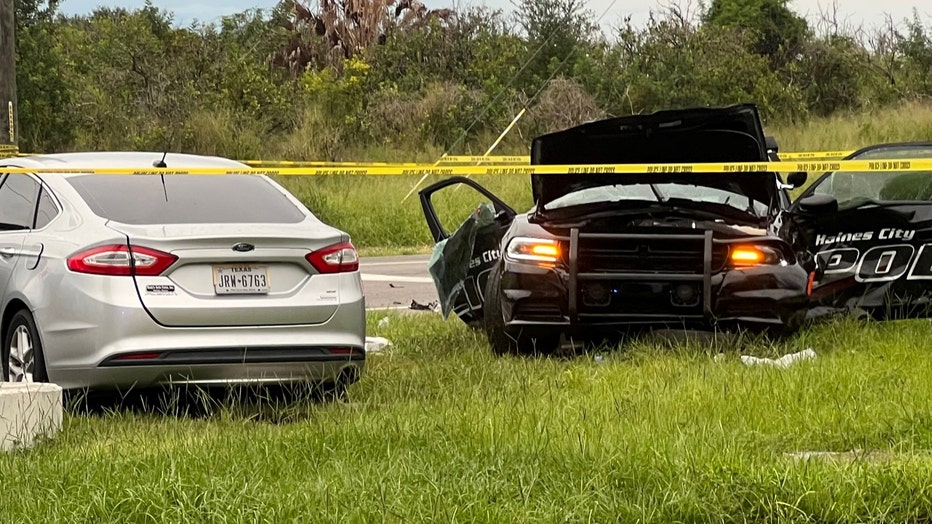 Two Haines City police officers were seriously injured in a crash while chasing a teen they say pointed a rifle at them during a traffic stop. Courtesy: Haines City Police Department.

Police say Smith did not stop after the crash and continued fleeing.

Detectives located Smith at his father’s home in Poinciana and arrested him with help from the Polk County Sheriff’s Office since the residence was outside of Haines City.

Deputies say when they searched Smith, they found approximately 31.5 grams of cannabis and drug paraphernalia on him. However, they did not find a rifle and said Smith will not tell them where the gun is located.

"We are thankful that our officers, and the two innocent civilians, who were injured today by the actions of the suspect are in stable condition, and expected to recover from their injuries. I am very grateful for the rapid response from our department and surrounding law enforcement agencies. This incident was brought to a quick and successful resolution because of good police work by all involved. Persistence and teamwork helped take a dangerous criminal off the street in just a few hours," said Haines City Police Chief Greg Goreck.

Smith has been charged with possession of cannabis over 20 grams and possession of drug paraphernalia. Additional charges are pending.