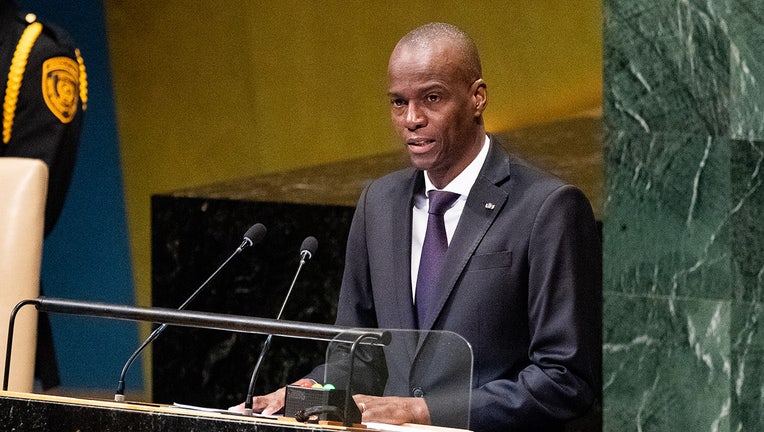 Haiti’s national police arrested a Florida-based doctor as a "central" suspect in the assassination of President Jovenel Moïse.

Christian Emmanuel Sanon, 63, was the third Haitian-born suspect with ties to the U.S. arrested in the investigation surrounding Moïse’s death.

Police Chief Leon Charles suggested that Sanon may have plotted to kill Moïse and assume the presidency himself, The New York Times reported.

"He arrived by private plane in June with political objectives and contacted a private security firm to recruit the people who committed this act," Charles said. "The initial mission that was given to these assailants was to protect the individual named Emmanuel Sanon, but afterwards the mission changed."

Charles said that officers searched Sanon’s house in Haiti and found a hat with the logo of the U.S. Drug Enforcement Administration, 20 boxes of bullets, gun parts, four license plates from the Dominican Republic, two cars and correspondences with unidentified people.

"We continue to make strides," Charles said, though he offered no details on how Sanon supposedly planned to take control of the government.

Charles said that after Moïse was killed, one of the suspects phoned Sanon, who then got in touch with two people believed to be the intellectual authors of the plot. He did not identify the masterminds or say if police know who they are.

Haitian authorities claimed to have obtained information about Sanon from interrogations.

A video recorded in 2011 titled "Dr. Christian Sanon – Leadership for Haiti" appears to present Sanon as a possible leader for the country. https://www.youtube.com/watch?v=jcTJy5TUQ0w&feature=emb_title

Haitian authorities last week arrested two Haitian Americans, along with almost a dozen others, in connection to the assassination.

Haiti's minister of elections, Mathias Pierre, identified James Solages, 35, and Vincent Joseph, 55, as suspects in the case. The two men were paraded along with 15 other suspects, all Colombia nationals, in front of journalists during a press conference late Thursday.

More than 20 Colombians are suspected in connection to the killing of Moïse. Charles said that five suspects remain at large and at least three have been killed.