TAMPA, Fla. - Take yourself back to the Tampa of the early 1990s. There was no Water Street, no arena downtown, only 280,000 people, and no spring training.

The Yankees were still in Fort Lauderdale but George Steinbrenner was here, running American Shipbuilding.

"My dad had really thought about making a push to get [the Yankees] here," said Hal Steinbrenner. "This was our home. Even at that point, we had already lived here 20 years."

After years of trying, they cut a deal with the Tampa Sports Authority; $30 million of public funds later, the Yankees had a new second home.

"We are all very proud of our history. That is not going to change," said Steinbrenner. "That is instilled in our players from the day they get drafted, or signed from the Dominican, or other countries. They know when they show up at that Himes complex, we believe we do things as well as anybody."

Since then, they have not only hosted 3.8 million fans and generated $2 billion in economic activity, but have raised millions for the Boys and Girls Club, Metro Ministries and St. Joseph's Hospital, among others.

"If more than two people know about it, it is not charity. You are doing it for the wrong reasons," said Steinbrenner. "The overriding philosophy is to whom much as been given, much has been expected. That's the way I try to look at life."

The Yankees have pledged to stay at least until 2046. In 2016, they agreed with the county and state to $40 million in renovations.

"The game has changed, the way people attend sporting events have changed, but our fanbase has remained consistent," said Yankees vice president Anthony Bruno. "Whether that is local fans or fans coming from the Northeast." 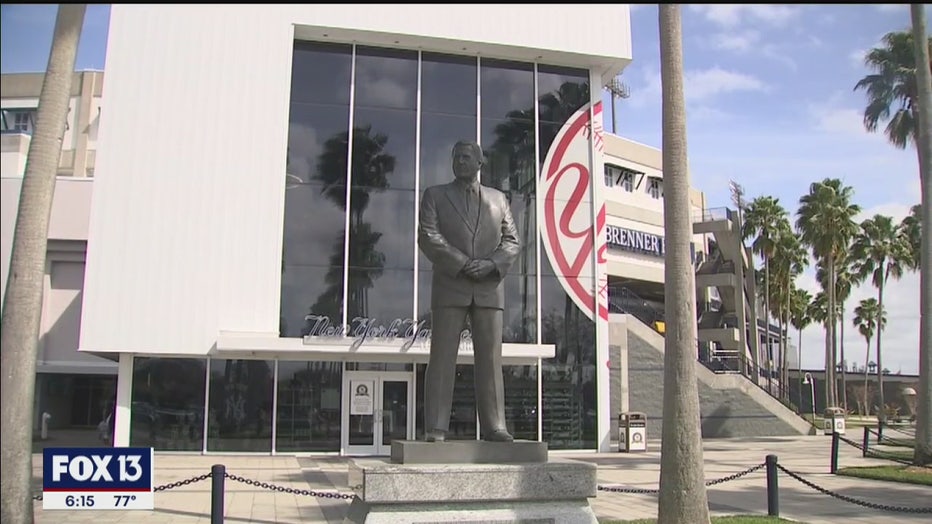 Twenty-five years after "The Boss" brought them here, and 10 after he passed away, it's now Hal in command.

"It took a few years for people to understand who I was and how I want to go about doing things," said Steinbrenner. "A lot of it was similar to what my dad did, and some of it wasn't."

On the future of the Rays, Steinbrenner said he believes there are enough fans to support a team.

On the split-season idea, he said he has not yet carefully considered the proposal, but said the baseball owners would have to consider it seriously at some point.