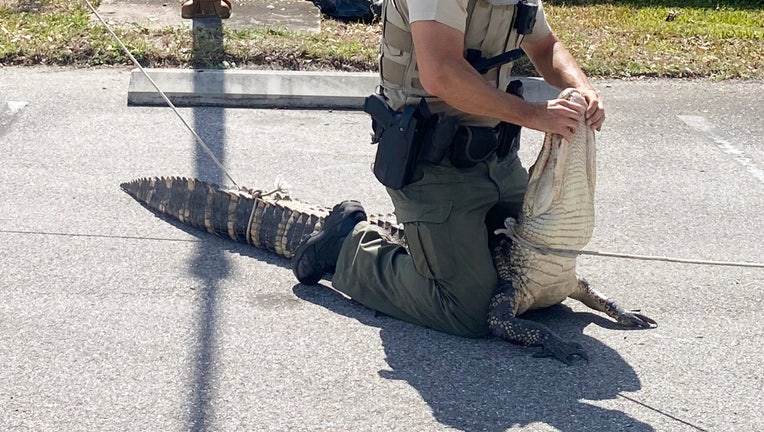 The sheriff's office said it happened Monday at a Wendy's parking lot in Lehigh Acres.

Deputies responded to the scene and soon found the 6-foot gator. 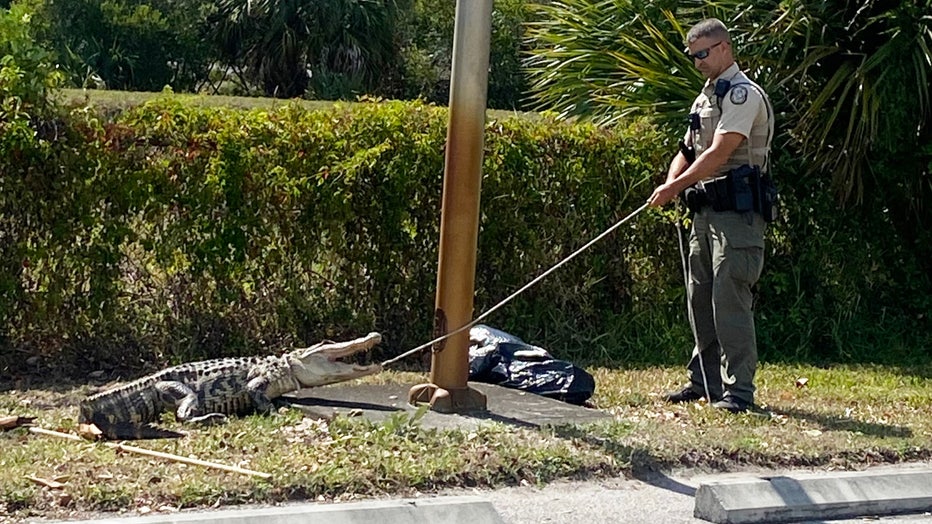 "He may have just been "hangry" for a cheeseburger, but he gave many quite the scare!" the sheriff's office wrote on Twitter.

Deputies and a trapper from the Florida Wildlife Conservation Commission wrangled the reptile and safely relocated it elsewhere.

Alligator takes a stroll through Publix parking lot in Florida

Alligators are a common sight in Florida, but it still took one man by surprise to see a large gator taking an early morning stroll outside of a Publix.

It's the latest in a string of gator sightings, which are on the rise in Florida due to alligator mating season, where more gators venture out in search of their mates.

Courtship typically starts in April, with mating getting underway in May or June.

Giant gator shows up at front door of Sarasota home

Here's one visitor you don't want at your front door. This large alligator showed up outside of a Sarasota home Wednesday night and hung out for about 10 minutes on the couple's doorstep.