TAMPA, Fla. - A HART bus operator was taken to the hospital Tuesday after a projectile – believed to be a rock – struck  the windshield on the driver’s side.

It happened right around 7 in the morning near Middleton High School.  The force of the impact was enough to send glass flying in her face.

“It did not go through the windshield but whatever it was, it was strong enough to project some glass. She was cut,” said Tampa Police spokesperson Jamel Lenee.

“She was talking and everything I got her to relax we don't know what it was. It just happened so fast,” said witness Gretta Wright.

Shaken up, the operator was taken to the hospital.  Her injuries were only minor. 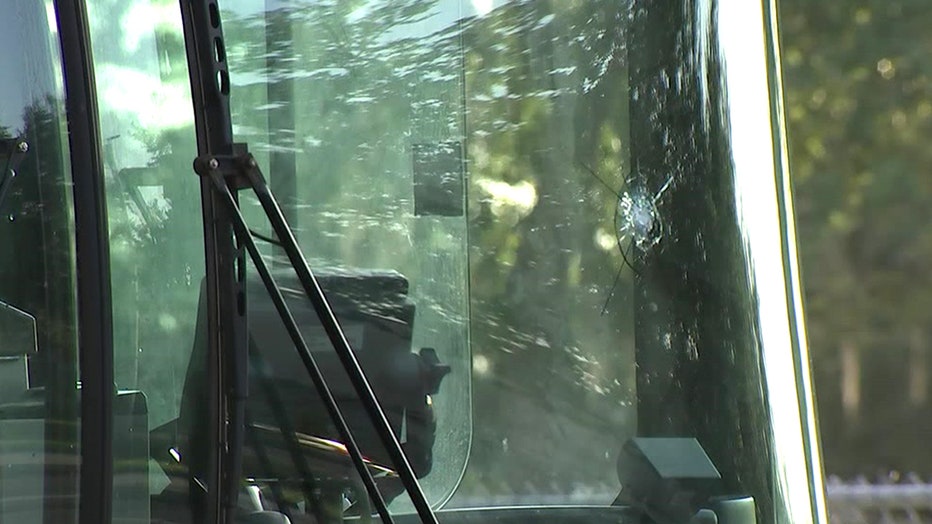 “My heart dropped. I was nervous. My first instinct was to run to this lady to make sure she was OK,” Wright added.

Police are working to determine if the rock was thrown intentionally or whether it was kicked up by another vehicle.