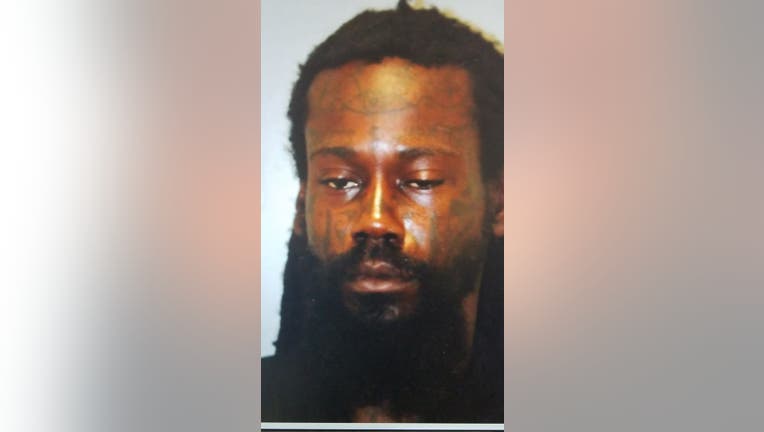 HONOLULU, Ha. - A mayor in Hawaii has a choice word for the Florida man accused of trying to flout Hawaii’s traveler quarantine: “covidiot.”

Kauai Mayor Derek Kawakami isn’t taking credit for coining the word borne out of the COVID-19 pandemic, but said, “I may be the first elected official to bust it out in public.”

Bobby Edwards, of Boynton, Florida, was arrested last week after police say he landed on the island without proof of accommodations. A statewide order requires those who arrived in the islands to quarantine for 14 days.

Edwards, 31, “was exhibiting belligerent behavior toward airport personnel and toward officers during his arrest,” police said. “Edwards was also showing significant signs of intoxication and was not being cooperative.”

Earlier last week, Kauai police arrested another Florida man, Dwight Anthony Tucker of Tampa. He was stopped in Hanalei, a tourist town, a day after he arrived on Kauai, police said. He was arrested after authorities said he disregarded Gov. David Ige’s statewide order that requires all visitors who arrive on or after March 26 to self-quarantine at their place of accommodation.

Also last week, Kauai police arrested Devin Martin of Olympia, Washington, and accused him of violating the quarantine order. “He did not have reservations for proper accommodations and he allegedly refused to find suitable lodging,” police said.

None of the three men could be immediately reached for comment Tuesday.

The arrests of three “covidiots” sends a message Kauai is fighting to protect its residents, Kawakami said. He has also instituted a 9 p.m. to 5 a.m. curfew for residents and visitors, implemented a day pass system for visitors to ease congestion for those who want to exercise at beaches and directed police, with help from the National Guard, to conduct checkpoints across the island.

“I guess there’s varying degrees of how much of a covidiot you can be,” Kawakami said. “Those three rank pretty high. I would say they rank pretty high to try to run away from a state that has a high number of people that are ill to come to Hawaii where we’ve been working hard. Everybody’s sacrificing.”

As of Tuesday afternoon, there were 410 confirmed coronavirus cases statewide, including 18 on Kauai. There have been five deaths statewide.

The three men have returned to the mainland, with help from the Kauai Visitors Bureau.

The expense makes Kawakami upset, but he said it was necessary to get them out of Hawaii.

“But, you know, when you factor in the risk that they pose to our community, not having a place to quarantine, not having any accommodation, quite frankly, possibly being another homeless individual that we would be asked to take care of,” he said. “You know, it hurts.”

Kawakami plans to send them invoices.

“I have heard that some visitors have been coming here and taking advantage of the COVID-19 situation with cheap flights,” said Jessica Lani Rich, president of the Visitor Aloha Society of Hawaii.

On Monday, with funding from the Hawaii Tourism Authority, she sent three homeless men back to Los Angeles after they arrived in Honolulu with nowhere to stay.

Officials warn that those wanting to come to Hawaii with no accommodations may not make it out of the airport.

Even before the state’s traveler quarantine and statewide stay-at-home order that allows for essential activities such as grocery shopping and outdoor exercise, Kawakami said he needed “to make Kauai as unappealing as possible very quickly,” even at the expense of a tourism-dependent economy.

“We didn’t have to grapple with it. There wasn’t even a second thought,” he said. “Health and safety ... are paramount. There is nothing more important than protecting our people and we’re willing to fight for it.”