TAMPA, Fla. - Hillsborough deputies arrested a man who they said raped a woman while impersonating a law enforcement officer.

The sheriff's office said 35-year-old Justin Evans began following a vehicle with three women from a Tampa convenience store just before midnight on Monday. He pulled the victim's vehicle over while driving his 2016 Chevrolet Malibu, which investigators said was equipped with LED lights that the victim believed were mounted to the dashboard.

The victim pulled into the Willow Brook Apartments, located at 14417 Hellenic Drive in Tampa. The sheriff's office said Evans, who was wearing dark clothing, approached the vehicle and identified himself as a law enforcement officer conducting a narcotics investigation.

RELATED: Tampa murder suspect to remain in jail after being caught with beer while out on bond

Evans ordered all three women out of the vehicle and told them to put their hands on the hood while he searched their bodies, the sheriff's office said. He then told one of the women that she was under arrest and tied her hands behind her back with a zip tie. 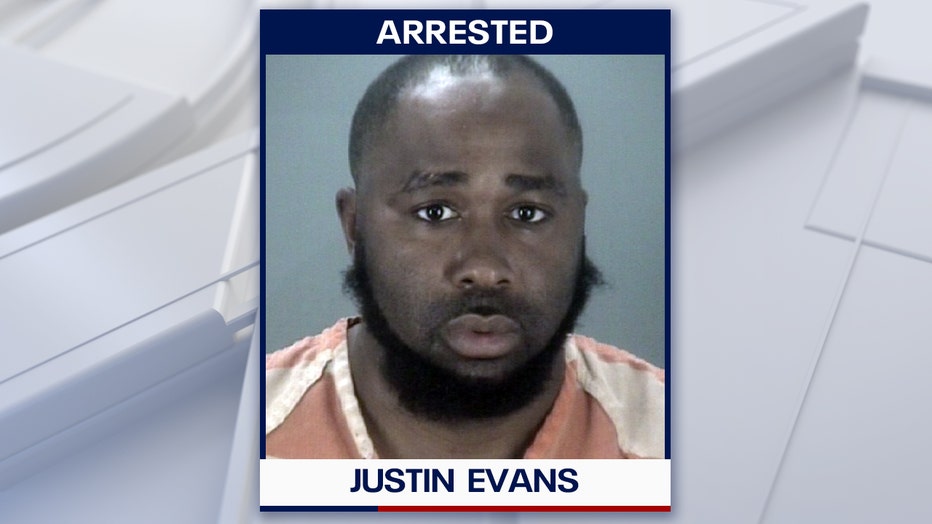 Investigators said he then placed the victim in the back seat of his car and drove her to a nearby apartment complex, where he sexually battered her in his vehicle. The sheriff's office said Evans then drove the victim back near the location where he initially stopped her and let her out of his car. The victim then called 911 to report the rape.

"It's extremely disturbing that anyone would take advantage of the trust our community has in law enforcement by pretending to be a law enforcement officer," said Sheriff Chad Chronister, in an interview provided by the Hillsborough County Sheriff's Office. "A false arrest is bad enough, but sexually battering that victim, only heightened our urgency in arresting this individual." 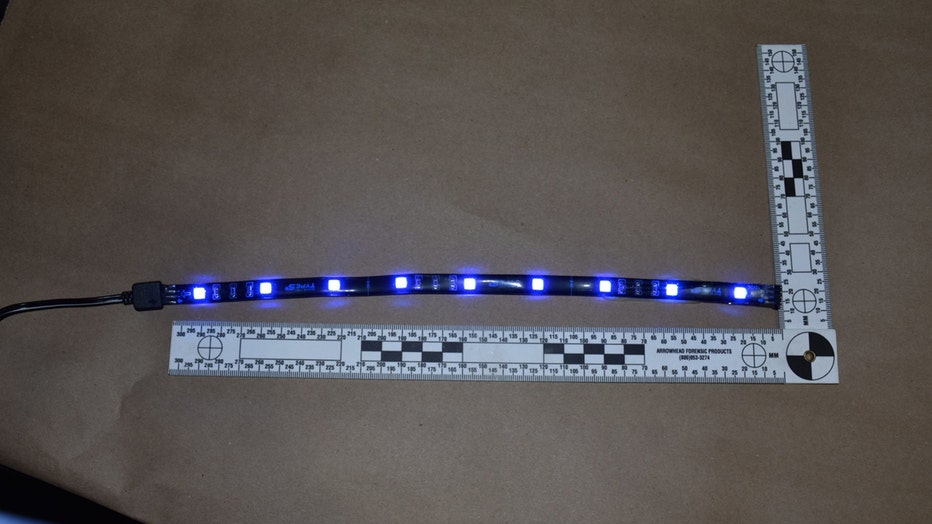 LED lights from inside the car (Hillsborough County Sheriff's Office)

Around 3:30 p.m. Tuesday, Evans was located driving the same Chevrolet Malibu that had been identified by the victim on Bruce B. Downs Blvd in Wesley Chapel in Pasco County. After realizing he was being followed, investigators said Evans fled his vehicle on foot into a wooded area, where he was arrested by deputies.

Evans faces six charges including impersonating a public officer, sexual battery on a victim over 18, grand theft third degree, kidnapping, and two counts of false imprisonment. He is being held in the Pasco County Jail.

The sheriff's office said the suspect was driving a blue 2016 Chevrolet Malibu with Missouri tag XD7X5J. Anyone who believes they may have been stopped by Evans is asked to call the Hillsborough County Sheriff’s Office at 813-247-8200. 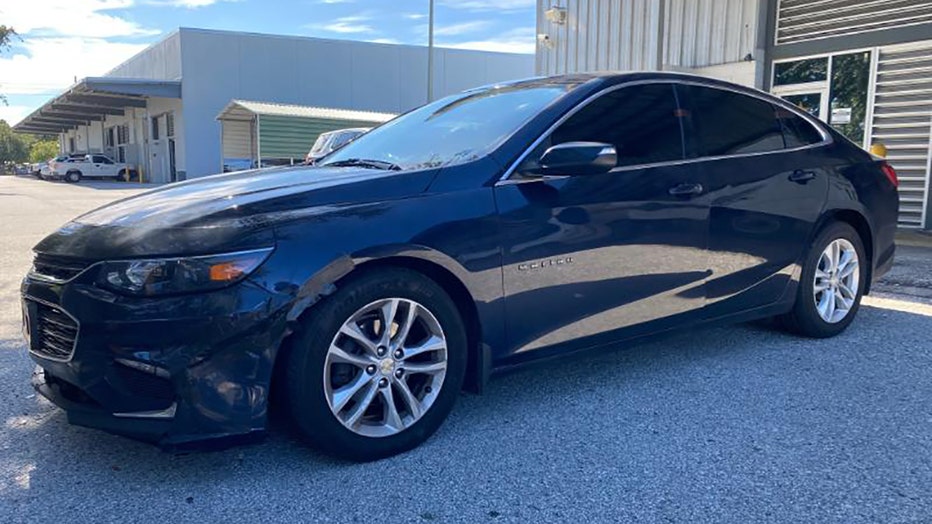