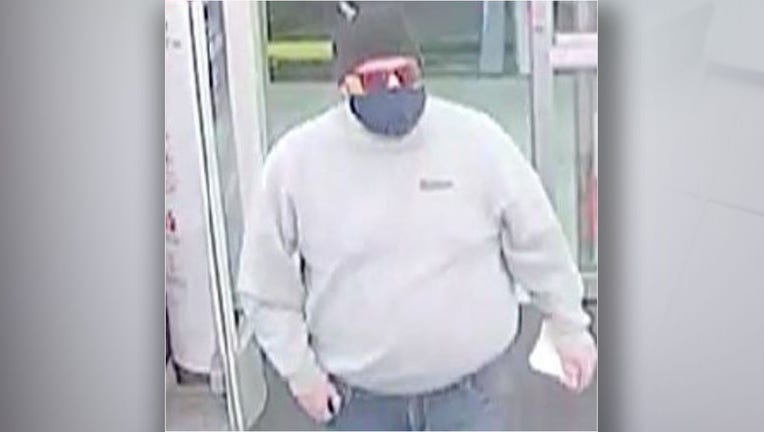 SPRING HILL, Fla. - The Hernando County Sheriff’s Office is searching for a man they say robbed the CVS pharmacy located at 2077 Commercial Way in Spring Hill.

According to deputies, a white male entered the store around 8:40 p.m. Tuesday and walked toward the pharmacy. He handed a note to the pharmacy staff that said he was robbing the store. He implied he had a weapon and demanded medication.

The suspect is described as a white male that is 6’2” and weighs 260 pounds. He was last seen wearing a grey sweatshirt with a black logo, dark-colored jeans, dark-colored beanie, dark-blue COVID mask and sunglasses with red lenses. He also has tattoos of three black curved triangles on the left side of his neck.

According to HCSO, the suspect may have robbed a Walgreens pharmacy in Pasco County before robbing the CVS.

Anyone with information is asked to call Detective Eric Miller at the Hernando County Sheriff's Office at 352-754-6830.