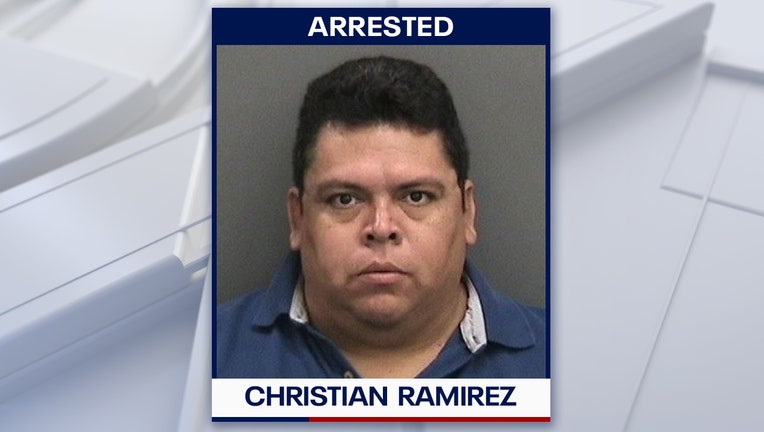 The Hillsborough County Sheriff's Office said 37-year-old Christian Ramirez was one of 22 men arrested earlier this month during an online chat operation where suspects attempted to engage in sexual activity with an undercover detective posing as an underage girl or boy on social media.

Ramirez was one of two registered sex offenders arrested during the operation. Deputies said he believed he was talking to a 14-year-old online and drove to a location in Riverview to meet up with the teen for sex.

After his arrest, detectives obtained a search warrant for Ramirez's cellphone, and found a total of 75 videos and pictures of child pornography on the device.

Investigators said eight of the images depicted children under the age of 5 engaging in sexual acts, and said all of the children pictured are believed to be between the ages of 3 to 16 years old.

Ramirez, who had previously bonded out of jail, was arrested Tuesday morning for an additional 75 charges of possession of child pornography.

"As a father, I am disgusted by Christian Ramirez's actions. He is a perfect example of why we do these operations," said Sheriff Chad Chronister. "Some of these men repeatedly go online to prey on our children. This time, they just got caught."

RELATED: DUI manslaughter defendant to victim's daughter: 'I cannot help that I lived and survived'

The sheriff urged parents to keep a watchful eye on their children and their online activities.

"As parents, it is critical that we know who our children are talking to online and what websites they are visiting," Chronister said.

Detectives said Flor-Adam Cruz engaged in sex with a 15-year-old girl who had been reported missing in a nearby county. He had met the teen on social media.