Parents 'shocked' by show of force at school

HUDSON, Fla. - The Fivay High School community arrived to campus Wednesday surprised at the major show of force by the Pasco County Sheriff's Office, following a week of disturbing incidents.

The department lined the campus with armored vehicles, cruisers, SUV's and an increased presence of deputies.

"Wow. We were shocked," Laura Way said as she dropped off her granddaughter.

"I'm thinking, OK, they know something we don't know and they just can't release it as of yet.' It was overwhelming," Melody Reveron said after picking up her daughter at school.

The string of issues began last Wednesday when a student set a fire in a bathroom. During the evacuation, a fight broke out among students.

The next day, two more fights broke out and a male teenager who is no longer a student was charged with trespassing.

On Tuesday, a student was charged with lying that a classmate had a gun. During a sweep of the school, however, investigators said they found a loaded gun in a teacher's purse.

"It just disheartening to see what's happening and the children, maybe the lack of support, it's just gotten out of control," Reveron said. "We don't want this to define us but it has altered my daughter forever." 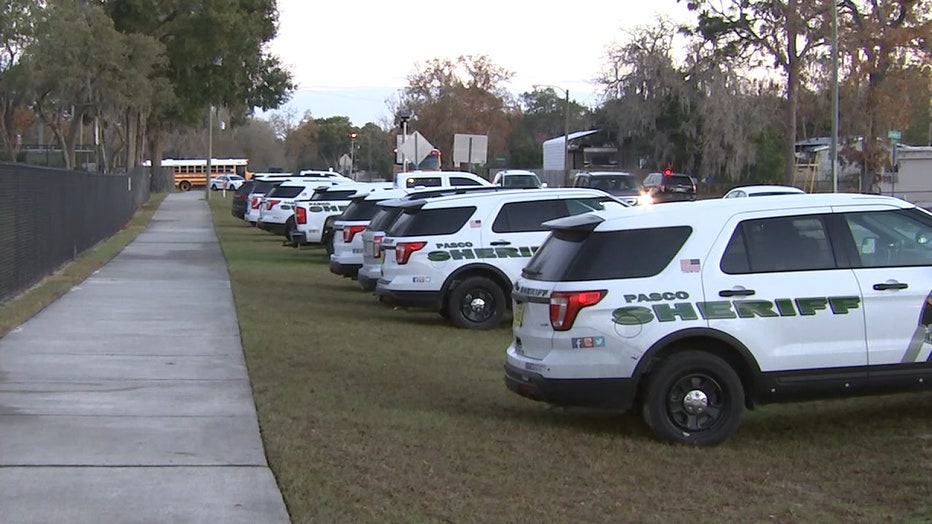 Eight students have been suspended as a result of the incidents.

Steve Hegarty, a spokesperson for Pasco County Schools, said the principal is taking each of these cases seriously.

"The principal I think has sent a very clear message that if you come to school and start a fight, you don't go to school here anymore," Hegarty said.

The district has been trying to pinpoint the root of the issues at Fivay. According to the sheriff's office, since the start of the 2018 school year, deputies have been called to the school more than 200 times.

"Sometimes neighborhood disputes end up spilling over into the campus. That happens. For some reason or another, it's gotten to be a bigger deal at Fivay," Hegarty said.

The district doesn't foresee the same show of force being necessary a second straight day. Parents are hopeful things will begin to change.

"With the show of support and force that Sheriff [Chris] Nocco provided with us today, whoever is walking around with any kind of ideas, hopefully those were squashed," said Melody Reveron. 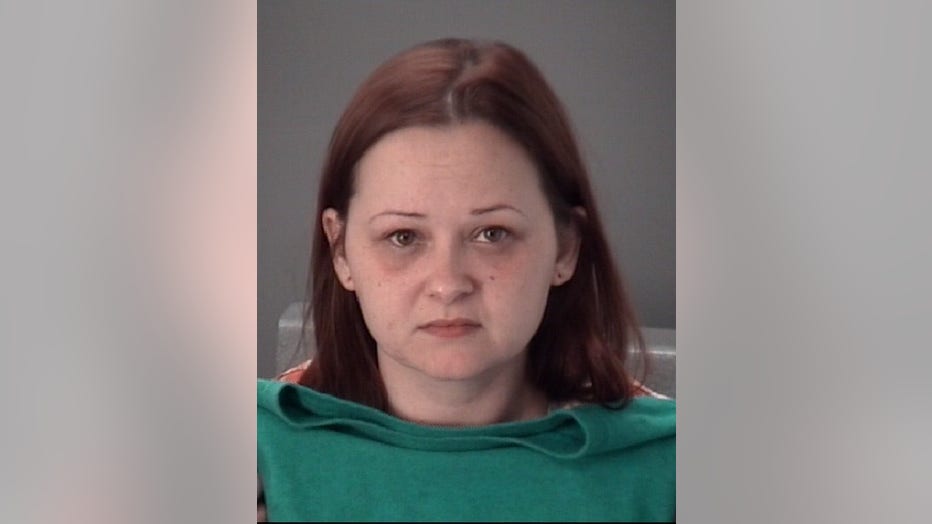 The teacher who brought a gun on campus, meanwhile, was identified as Robin Wilson, 35, and was arrested. Investigators said she told them she'd forgotten it was in her bag. She's currently on paid leave until she can appear before the school board.