With Waffle House's reputation for staying open during severe weather, even FEMA uses the 'Waffle House Index' to measure the severity of a storm.

TAMPA, Fla. - More than 20 Waffle House restaurants from Bradenton to Naples are closed as severe weather from Hurricane Ian comes through. The storm made landfall just north of Fort Myers Wednesday afternoon.

Waffle House restaurants have a reputation for staying open during extreme weather — and for reopening quickly after being forced to close due to tornadoes and hurricanes. If you've lived in Florida for a while, you've probably heard of the "Waffle House Index," which is an informal metric used by emergency officials to measure the severity of a storm.

The term was coined in 2004 by Craig Fugate, who was the Florida Emergency Management director at the time during Hurricane Charley. He used it as a way of knowing how serious damage may be in a region, based on how many Waffle House locations were still open and serving after a storm.

RELATED: Where will Hurricane Ian make landfall in Florida?

If a Waffle House closes before a hurricane, it is a sign that they expect extremely severe weather and that people in the area should also evacuate.

"Waffle House became almost like a rough guidepost," Fugate told FOX Business. "If it was open and had a full menu, we probably weren't in the worst-hit areas yet." 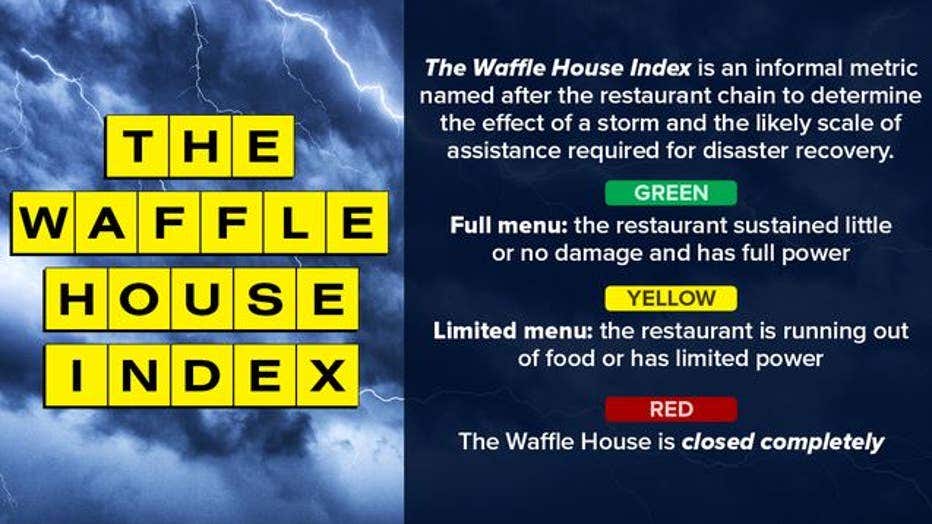 The Waffle House Index is based on the reputation of Waffle House for staying open during extreme weather and for reopening quickly after severe weather events such as tornadoes or hurricanes. (FOX Weather)

The restaurant chain itself has menus for times when they are without water, electricity, or even gas. The Waffle House Index has three levels:

RELATED: Why is the right side of a hurricane more dangerous?

The Waffle House chain does a significant amount of its business in the South, where a frequent amount of hurricanes can take place. The company says it has good risk management and disaster preparedness as a result.

"We actually have a storm playbook that every restaurant has. We revise it each year as needed. And it tells the management team what to do in the event of an emergency," said Njeri Boss, Vice President of Public Relations for Waffle House. 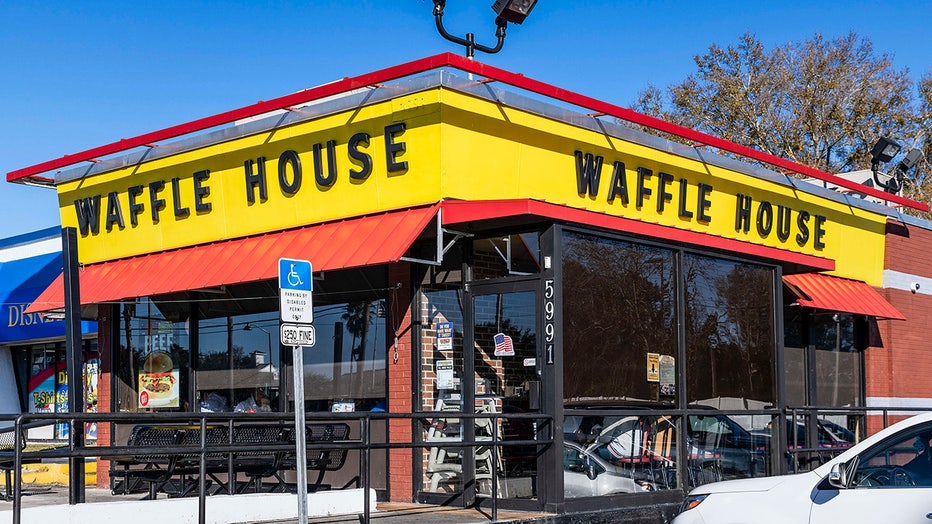 However, he stressed that the Waffle House Index does not actually belong to the company — though they appreciate their name being used.

"I know that there are lots of other businesses as well that emergency management will look to," Boss told FOX Weather. "But Waffle House is the first."

The Waffle House Index is looked at along with more formal measures of storm severity, such as the Saffir-Simpson Hurricane Wind Scale.

FEMA does pay attention to their closures, as it helps them indicate how many people have evacuated from a town. That knowledge helps FEMA decide what they need to do after the storm.