SPRING HILL, Fla. - When a Hernando County man left a bar, he walked past a sheriff's office patrol vehicle and "decided he'd like to set it on fire," according to deputies.

Just before 5 p.m. Wednesday, the sheriff's office received reports of the marked SUV on fire at an apartment parking lot near Northcliffe Boulevard and Portillo Road in Spring Hill. When fire crews arrived, they were able to extinguish the fire. 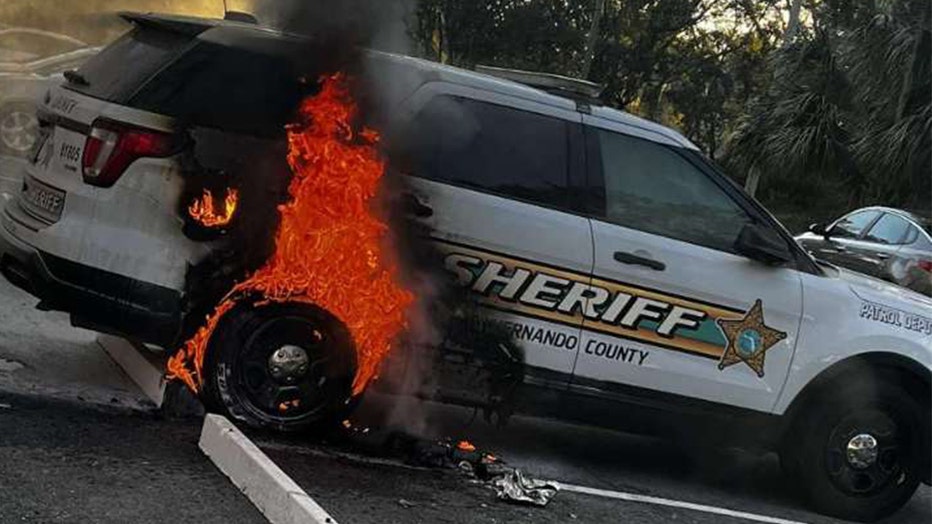 "It could have been catastrophic," said sheriff's office spokesperson Denise Moloney. "Thankfully no one was burned."

While inspecting the vehicle, officials noticed severe damage in and around the rear passenger area of the vehicle, near the gas tank. Trash and other items were located under the tank, near the back passenger wheel. Detectives said they believed they were placed there on purpose to set the vehicle on fire.

A nearby vehicle was parked close to the Hernando County patrol vehicle and had damage from the fire, deputies said.

During the investigation, a man, identified as 48-year-old Anthony Thomas Tarduno, approached detectives and told them he was responsible for the vehicle fire. 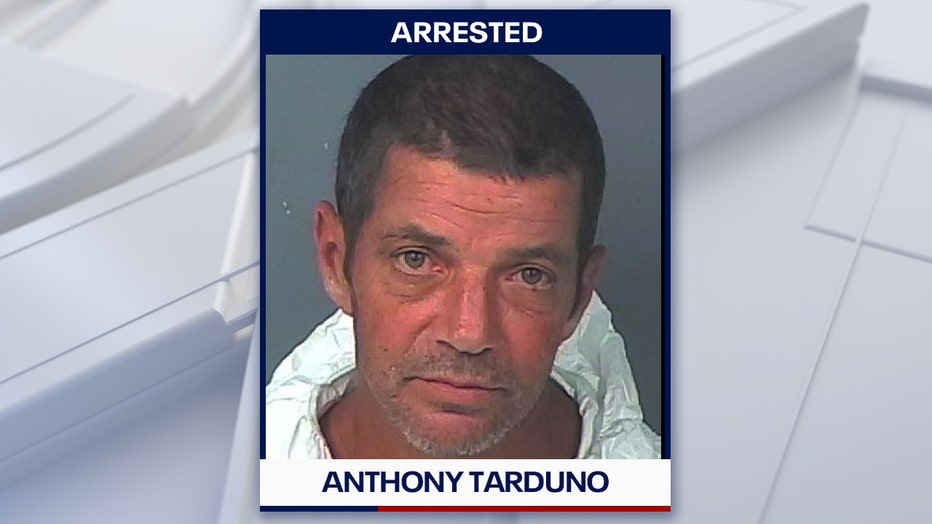 Moloney said Tarduno told deputies, "Yeah, I'm the one who did that. I set that car on fire."

According to detectives, Tarduno told them he was drinking at a bar on Northcliffe Blvd. He left before 4:30 p.m.

After that, Tarduno went back to the bar, investigators said. However, several minutes later they said he "felt bad" and returned to confess.

During the interview, Tarduno told detectives he was "intoxicated" and when he gets "drunk" he does "stupid things," they said.

"Tarduno was cooperative with the investigation, even telling detectives he was a 'professional arsonist' and has been arrested and convicted for similar offenses," according to the sheriff's office. "Tarduno also stated he did not target the vehicle because it was a patrol car, and any car that had been parked there would have been set on fire."

Moloney said the suspect told deputies, "I wasn't targeting that because it was a police car, I was going to set it on fire if it would have been a minivan."

Tarduno was arrested on arson charges. He was previously arrested on the same charge in 2018.