NORTH PORT, Fla. - Anger and pain -- that's how the family of Gabby Petito describes their emotions over the last month.

They appeared on Dr. Phil to talk about their search for answers and closure.

Investigators continue to respond to possible sightings of Gabby's fiancé, Brain Laundrie, but there still haven’t been any solid leads.

Gabby Petito's parents and stepparents say they believe Brian is alive and it's only a matter of when he will be found.

Speaking candidly about the case, Brian Laundrie's sister is giving new insight into the timeline ahead of his disappearance. Cassie Laundrie says she is just as frustrated and heartbroken as everyone else about Gabby Petito’s death and her brother’s disappearance.

"I’m angry. I know who the last person was that was with her. I can’t point fingers until we know for sure," said Joseph Petito, Gabby’s father.

Gabby Petitos' mother, father and stepparents appeared as guests on the Dr. Phil show to speak about the pain they've carried for the past month.

Gabby's family told Dr. Phil, after they didn't hear from Gabby or Brian in late August, they grew concerned and tried reaching out to Chris and Roberta Laundrie, Brian’s parents, in North Port.

They said every call and text went unanswered.

They only learned Brian was in Florida with Gabby's van after detectives began looking into the case on September 11, the day her parents reported her missing.

"Somebody needs to start talking. I do believe they know a lot more information than they are putting out there. You need to do the right thing and have them own up to it, whatever the consequences may be," aid Gabby’s mother, Nicole Schmidt.

Joseph Petitio told Dr. Phiil that Brian had bragged about being able to live off the land.

MORE: Brian Laundrie's family says this is why he went to Florida without Gabby Petito 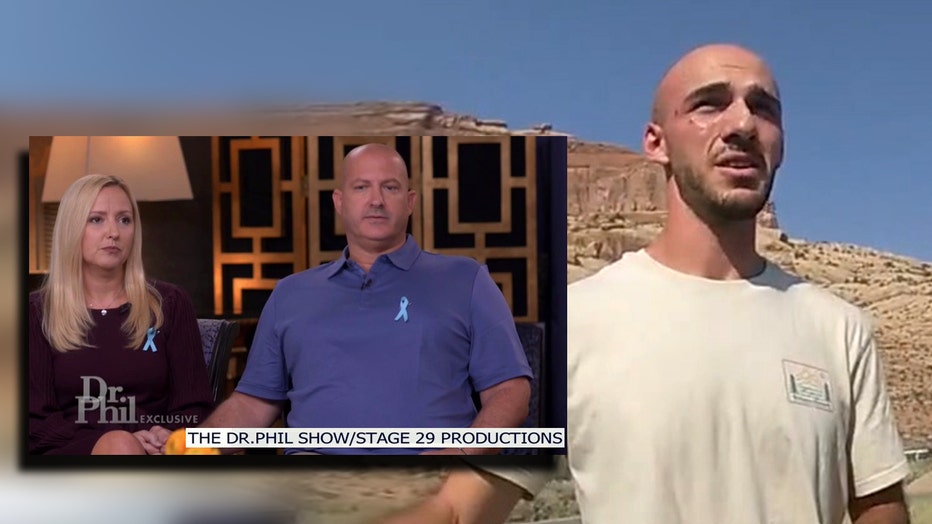 "The problem is, we don’t know where. Again, it goes back to same problem we had last time. He could be anywhere. He had such a head start because they didn’t pick up the phone, which is why everyone needs to pay attention."

As they wait for any piece of new information, Gabby’s family used their time on the nationally syndicated show to deliver a message for Brian Laundrie:

"If you truly loved her then you should turn yourself in."

Gabby's stepdad described the moment the FBI contacted them to say they thought they had found Gabby's remains. He says they were able to describe a piece of clothing -- her favorite sweatshirt.

In that moment, the family says they all fell to pieces. Now they’re trying to put themselves back together as the search for Brian continues.