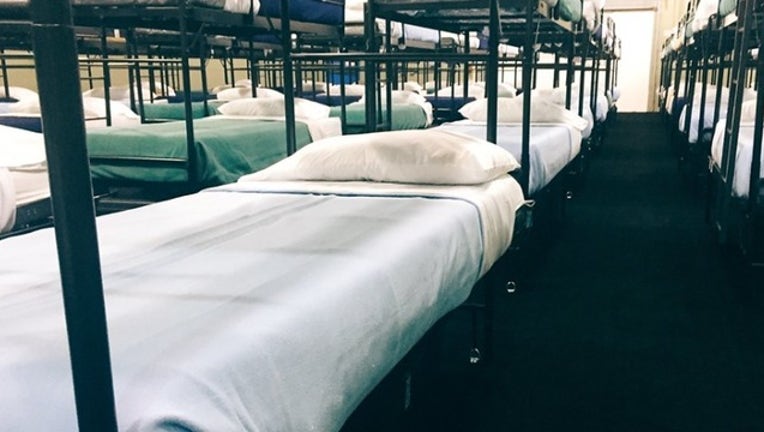 Health and Human Services Department spokeswoman Evelyn Stauffer said in an email that all children who had been at the facility are now either with family members or at smaller state-licensed centers. The camp has housed about 14,300 undocumented children in total since March 2018, the largest such facility in the country.

Last month, HHS expedited the process for sending child migrants to live with relatives already in the U.S. by eliminating a fingerprinting requirement for adult siblings and grandparents. It also stopped universally requiring child abuse and neglect checks unless there are special concerns.

The Homestead facility, which will remain capable of housing migrant children, has been a frequent subject of protests and visits by members of Congress opposed to President Donald Trump's immigration policies.

Stauffer said in the email that the number of beds at the Homestead center would be reduced from 2,700 beds to 1,200 beds in case they are needed. She added that no children have been placed there since July 3, but that may change in a few months.

"We anticipate an uptick in the number of referrals made to HHS this fall, based on historical trends," Stauffer said.

Critics have condemned Homestead and other emergency influx facilities where children age 17 and under are commonly sent after they cross the U.S.-Mexico border and are detained by Border Patrol agents. But the government says it needed those locations to move children away from Border Patrol custody, where overcrowding and filthy conditions also have sparked outrage from lawmakers.

Some members of Congress and immigration advocates have called for the Homestead center to be completely shut down, but it will remain available for future needs, officials said.

U.S. Rep. Debbie Wasserman Schultz said in a statement that HHS should be more forthcoming about why so many children were moved so quickly and exactly where they went.

"I will seek a full accounting of where these hundreds of children who were reportedly relocated from the Homestead detention center ended up," the Florida Democrat said. "HHS must be more transparent, and I will continue to demand answers about the fates of these children."

The Miami Herald reported that more than 4,000 people who worked at the facility are losing their jobs. Miami-Dade County officials say they are working to provide help.

"It will be a monumental task," said Maurice Kemp, the deputy county mayor. "More than 4,000 people will be jobless soon so we're stepping in to assist in any way we can."