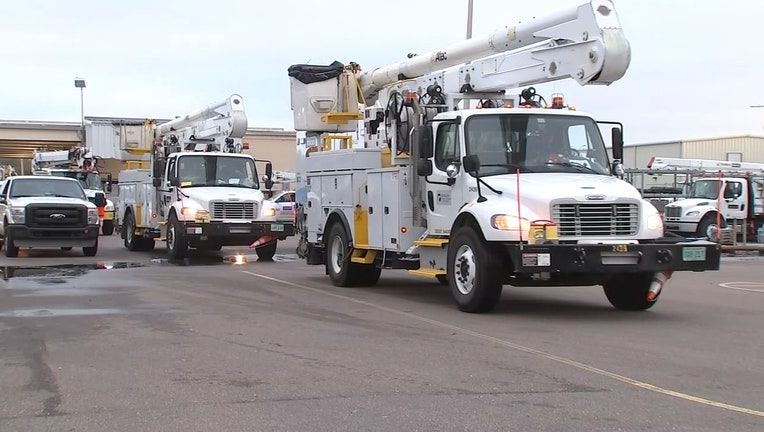 TALLAHASSEE, Fla. - Customers of Tampa Electric Co. and Duke Energy Florida could have to dig a little deeper to pay their electricity bills this fall because of higher-than-expected natural gas costs.

Tampa Electric on Monday asked the Florida Public Service Commission to approve a proposal that would increase customers’ bills from September through December --- after Duke filed a similar proposal earlier in the month.

The two utilities, which have a combined total of about 2.7 million customers, blamed prices of natural gas that fuels power plants. The Public Service Commission in April approved an increase in bills of Florida Power & Light customers because of natural-gas costs.

In its filing Monday, Tampa Electric said the change in gas prices "is expected to be a fundamental market shift that continues for the current year and into 2022. The drivers of this change are low natural storage levels, high demand for liquefied natural gas exports and static production."

Tampa Electric and Duke asked the Public Service Commission to take up the proposals during an Aug. 3 meeting, though the commission had not posted an agenda for the meeting as of Wednesday morning.

Utilities spend hundreds of millions of dollars a year on natural gas, with the costs passed through to customers. The Public Service Commission annually approves projected fuel costs that are baked into customer bills.

But if actual costs appear headed toward exceeding projections by more than 10 percent --- what is known as an "under-recovery" --- utilities can ask for mid-year changes to increase the amounts charged to customers. The Public Service Commission generally approves such requests, though utilities have to eventually show how much they spent on fuel and pass back any excess amounts to customers.

If approved, the Tampa Electric proposal would have a larger impact on customers’ bills. Residential customers who use 1,000 kilowatt hours of electricity a month would see their monthly bills increase $12.82 from September through December, according to the filing.

Similar Duke customers could see $4.28-a-month increases, though the Duke proposal offers two scenarios of the hikes starting in September or October. Duke’s proposal involves under-recovered fuel costs from 2020 and projected under-recoveries for 2021.

While Tampa Electric and Duke are seeking to move ahead with increases this fall, Gulf Power last week said in a regulatory filing that it would not pursue a similar strategy. Gulf said it would include under-recovered fuel costs in a filing for 2022 to "mitigate bill impacts" during the remaining months of this year.