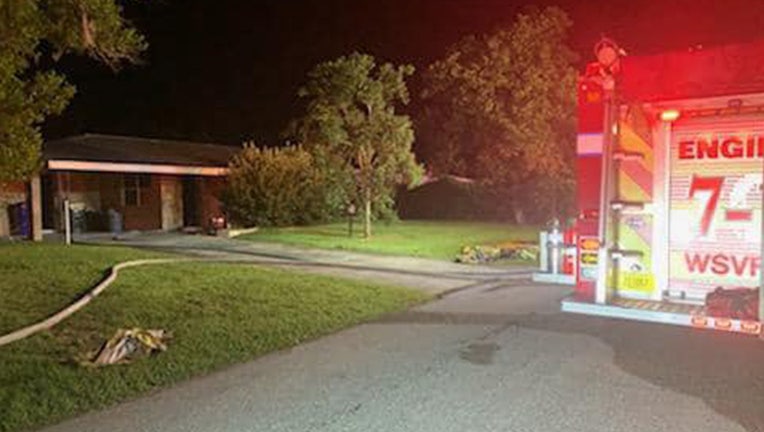 SEBRING, Fla. - One person was in serious condition after a Sebring home was filled with smoke from a fire early Friday morning.

Highlands County fire officials said they were alerted to a house fire around 12:45 a.m. The report stated there was one person still in the home, located in the 100 block of Swallow Avenue.

When firefighters arrived, they said smoke was showing from the one-story home. A relative, who did not live there, said someone was trapped inside.

One firefighter entered and pulled the resident out. The individual, who was not identified, was airlifted to a nearby hospital in serious condition.

According to Highlands County Fire Rescue, the fire was contained in one room but there was smoke damage throughout the home. The estimated cost of damages is about $10,000.

Officials said the home didn’t have a working smoke alarm and were told by the family member there was a "significant delay in notifying 911 of the call for help."

"We know fires can be very stressful, however, all residents are reminded to please call 911 immediately at the first indication of a fire or the need for help," according to a news release. "We encourage all homes to have smoke alarms on every level and in every sleeping room."