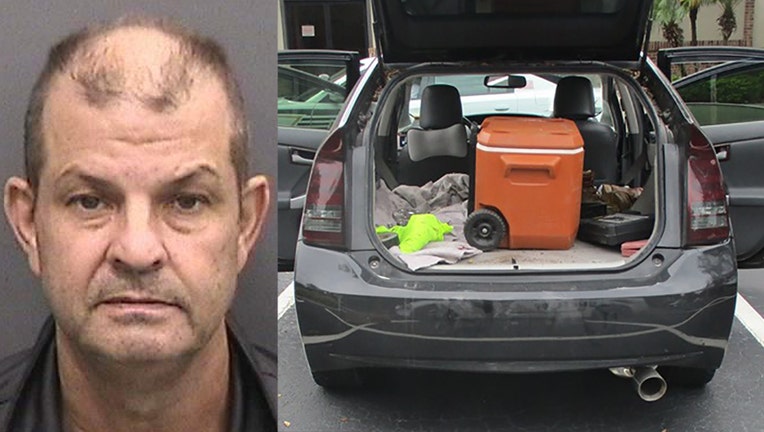 TAMPA, Fla. - Deputies arrested a man for making a false bomb threat against a Hillsborough County church on Sunday.

The Hillsborough County Sheriff's Office said 55-year-old Willie Littlefield called 911 around 1:30 p.m. Sunday, saying he planted an explosive device in the back of a vehicle at Fellowship Baptist Church, located at 13515 Hwy 301.

Dispatch traced the call to Littlefield's cell phone number, and deputies responded to his home and the church.

Deputies at the church discovered several closed boxes inside the vehicle and immediately evacuated the church.

HCSO's bomb team responded and found numerous car parts inside the boxes, but no bombs or explosives.

Littlefield admitted to calling in the false bomb threat to 911.

"This should be a reminder that no one will be laughing if you call in a false bomb threat," the sheriff's office said in a Facebook post. "We WILL take you to jail."