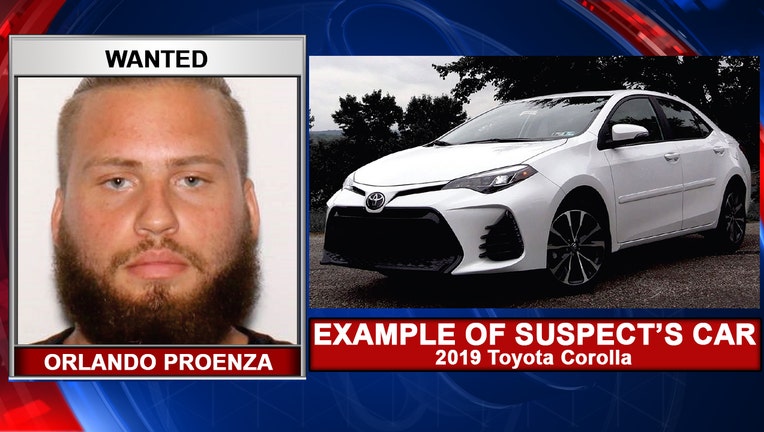 TAMPA, Fla. - Hillsborough County deputies are searching for a man who, they say, fired multiple shots from a paintball gun into a stranger’s car.

They said they are searching for 18-year-old Orlando Proenza Jr. He was last seen driving a white 2019 Toyota Corolla around 12:30 p.m. Tuesday near the intersection of Casey Road and Lowell Road in the Carrollwood area.

Investigators said the victim reported the suspect pulled up next to her vehicle and began shooting the paintball gun into her open car window multiple times. Officials said he fled in his Toyota which has tinted windows and the Florida tag, LKTJ96.

Officials said the victim had minor injuries. An arrest warrant was issued for Proenza, who is believed to live in Hudson.

"No one driving on our roads in Hillsborough County should be in fear of becoming target practice for some prankster," Sheriff Chad Chronister said in a statement. "Shooting at innocent people with a paintball gun is not funny, and someone could have been seriously injured. To anyone who would consider committing a similar act, be on notice, we're not going to tolerate this."

Anyone with information on Proenza's whereabouts is asked to contact the Hillsborough County Sheriff’s Office at 813-247-8200. Anonymous tips can be submitted to Crime Stoppers by calling 1-800-873-8477 or heading online to www.crimestopperstb.com.