VALRICO, Fla. - A 13-month-old girl who was inside an SUV that was stolen from a Valrico neighborhood Tuesday afternoon was reunited with her family after the vehicle was found abandoned a few miles away.

Hillsborough County deputies are now looking for the suspect who jumped into the running car Tinnley Sage West was sleeping in.

Deputies say Tinnley was in the back seat of a Volkswagen Tiguan when it was stolen just before 3 p.m. from the 26700 block of Green Valley Street.

SkyFOX was overhead as deputies returned Tinnley to her mother. The search continues for the suspect who stole the SUV with the sleeping child inside.

As law enforcement canvassed the neighborhood, a statewide AMBER Alert was issued.

By 5:30 p.m., a crowd of neighbors outside the home began smiling and hugging after the sheriff delivered the good news that Tinnley had been found safe in the SUV. Moments later, the baby was back in her father's arms. 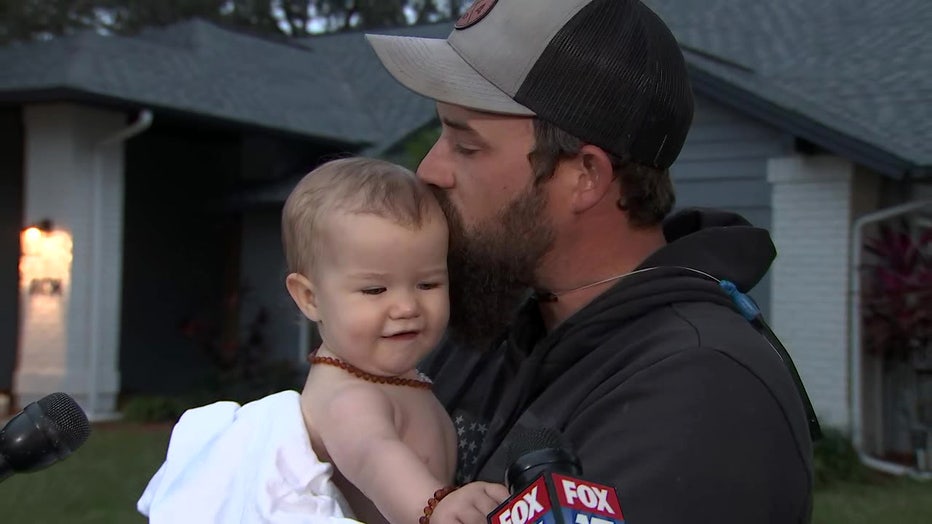 Tinnley enjoys a hug from her dad after her safe recovery.

"We just want to say thank you and we're so happy that she's back," her mom Chelsea agreed. "We're all very grateful and happy." 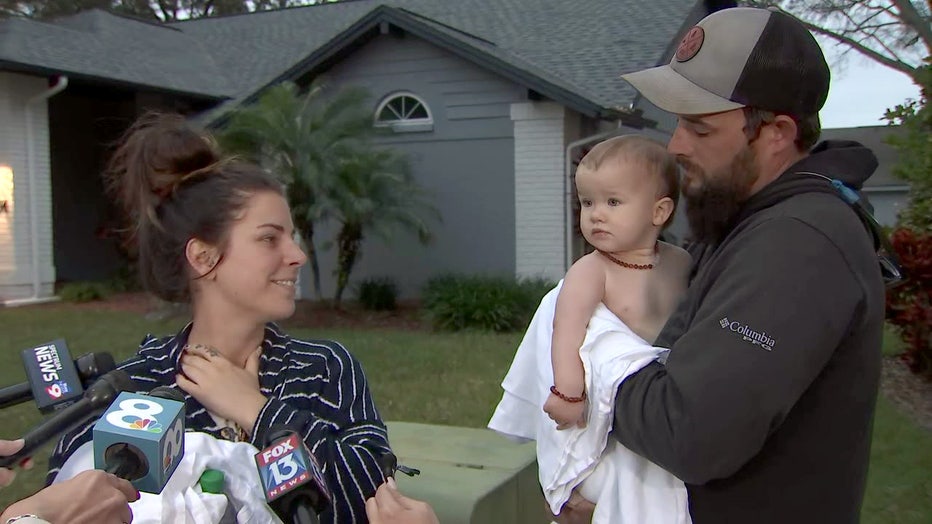 Sheriff Chad Chronister later said Tinnley's mother was helping her own mother-in-law unload the SUV after shopping and chose to leave the sleeping child in the car as they unloaded.

The search continues for the suspect, described as a black male with a thin build, wearing a white t-shirt and jeans. He was seen fleeing the SUV in the St. Andrews Methodist Church parking lot about three miles away.

A statewide AMBER Alert has been issued for a 1-year-old girl who was inside an SUV that was stolen from a Valrico neighborhood.

"All I can tell that young man is 'thank you,'" Chronister said. "At the same time, there's a price to pay for your actions. I would encourage you to turn yourself in."

The sheriff said a man with a similar description was seen begging for rides in the area moments before the SUV was stolen.