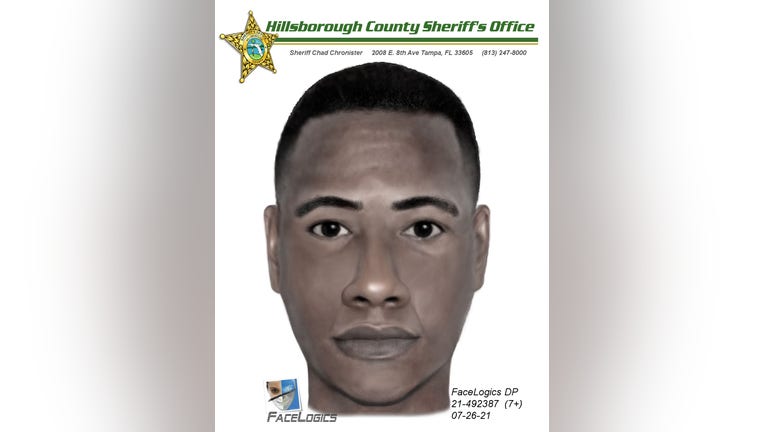 The unidentified man is described as a black, Hispanic male in his late 30s to 40s, according to the sheriff’s office. He is about 5 feet, 8 inches tall, and weighs about 150 pounds. He had a short, fade-style haircut. At the time, he was wearing a black sleeveless shirt and possibly blue shorts.

The agency released a composite sketch of the suspect.

Detectives said the victim was walking home around 4:30 a.m. from Aqua Lounge, located at 4203 West Waters Avenue. When she was in the 400 block of West Humphrey Street, they said the unidentified man approached her and struck her in the face. Detectives said he also choked her.

After, there was a struggle, and the suspect sexually battered the woman, according to the sheriff’s office. The victim has "multiple physical injuries," officials said.

"I want to commend this victim for the strength she showed when she came forward to report what happened to her," Sheriff Chad Chronister said in a statement. "We must do everything we can as a community to get this dangerous individual off of our streets, which is why we are requesting the public's assistance to identify him. Please share this composite sketch with your neighbors. It is imperative that we find this suspect before he victimizes anyone else."

Anyone with information is asked to call the Hillsborough County Sheriff’s Office at 813-247-8200.