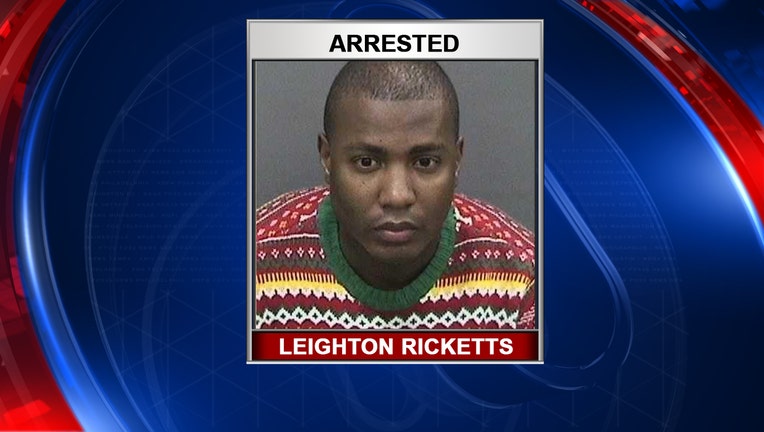 According to HCSO, Detention Deputy Leighton Ricketts was pulled over shortly after 2 a.m. on Saturday in Brandon.

Deputies said Ricketts did not submit to a breath sample at the scene as part of the criminal investigation and was arrested on suspicion of DUI. According to HCSO, the Sheriff’s Office has begun an internal affairs investigation and Ricketts will be placed on unpaid administrative leave during the investigation.

“As law enforcement officers, we are held to a higher standard of conduct, both on and off duty, and our Sheriff’s Office employees, both civilian and sworn, work every day to maintain that level of integrity,” said Sheriff Chad Chronister. “I hope this unfortunate, isolated incident serves as a reminder to all of our residents not to fall into irresponsible holiday behavior. I encourage anyone planning to go out drinking or celebrating the holidays to please plan ahead by choosing a designated driver or calling for a ride.”

According to HCSO, Ricketts has been employed with the Sheriff’s Office since December 2015.