CAPE CANAVERAL, Fla. - It’s been nearly nine years since astronauts blasted into space from American soil. Thanks to Mother Nature, it will be at least three more days.

Bad weather out in the Atlantic postponed the Wednesday afternoon launch attempt for SpaceX’s Demo-2 mission, pushing it to the next launch opportunity this weekend.

Short-lived Tropical Storm Bertha had moved off and the weather over Launch Pad 39A was clearing as the 4:33 p.m. launch window neared, but it wasn't quite enough. With lightning and storm clouds just offshore, mission managers had no choice but to delay the launch.

The delay was not unexpected; U.S. Space Force forecasters had given the mission only a 60-percent chance of acceptable weather during the instantaneous launch window, and passing storms even prompted a nearby tornado warning just as the crew was boarding the rocket. 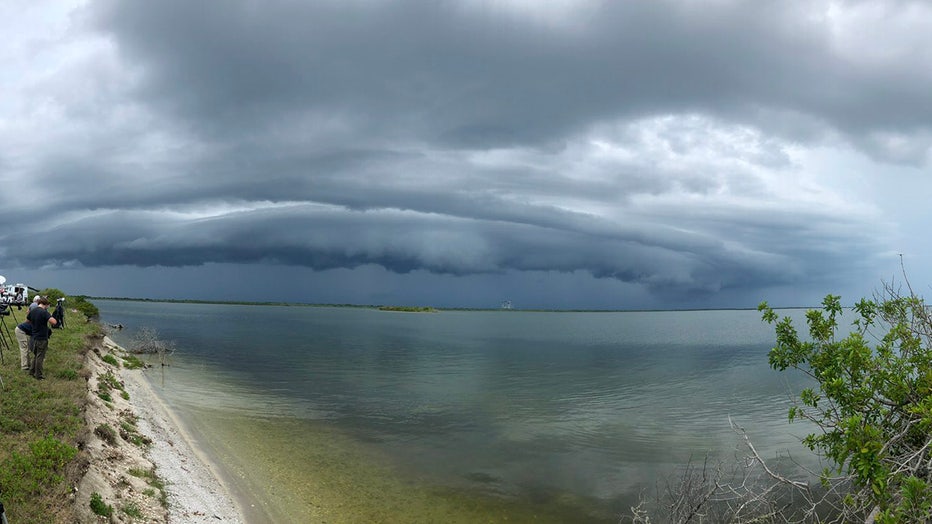 That didn’t stop thousands of people from gathering along Florida’s beaches in hopes of watching the historic launch.

The Space Coast has drawn its share of tourists over the last few years, especially after SpaceX began reusing Falcon 9 boosters with dramatic seaside landings. But none of the dozens of rockets launched during the last few years has had a human being on top. 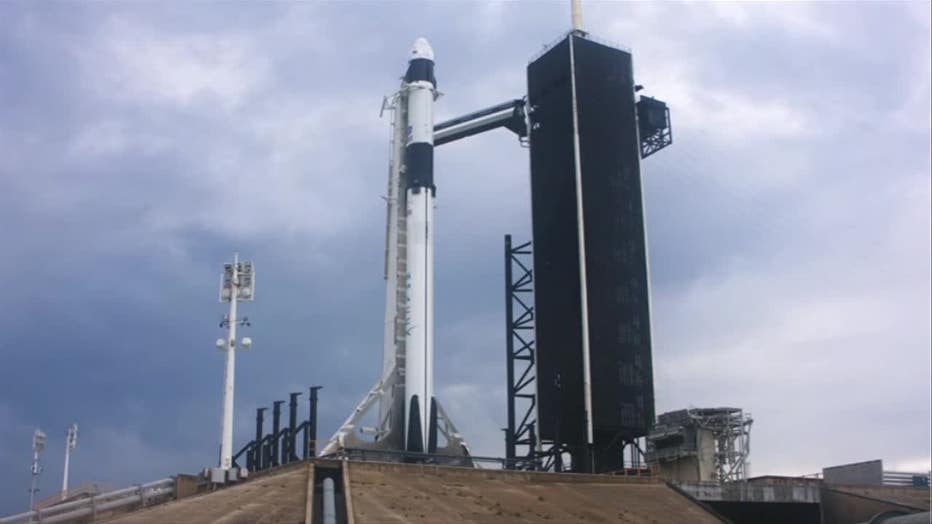 Since the space shuttle fleet was retired in 2011, NASA has been buying seats aboard Russian rockets to send astronauts to the space station. At the time, the agency hoped that companies like SpaceX and Boeing would be ready with privately built spacecraft as soon as 2014. But a series of delays pushed both capsules’ uncrewed test flights to 2019.

SpaceX has been ferrying cargo to the space station with a robotic version of their Dragon spacecraft for years. But this will be the second flight of the crewed version, and the first with astronauts.

Robert Behnken and Douglas Hurley are tasked with flying the first mission of a new American-built spacecraft since the space shuttle’s debut in 1981. The pair of veteran astronauts will help validate systems aboard the Falcon 9 rocket and the Dragon capsule before docking with the space station. 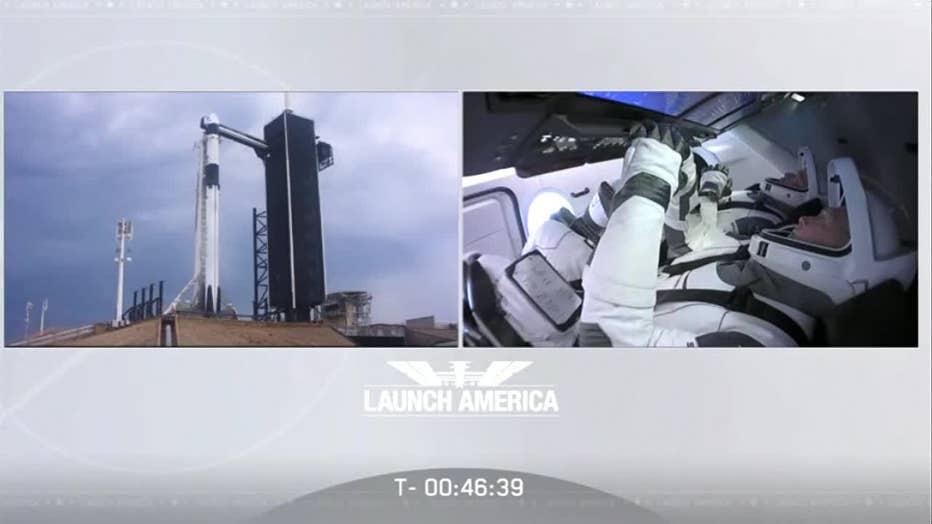 If all goes well, they’ll stay at the orbiting outpost for one to four months before returning to Earth aboard the reusable Dragon capsule.

NASA and SpaceX will try again on Saturday. The next launch window is May 30 at 3:22 p.m., followed by another chance Sunday at 3 p.m.