TAMPA, Fla. - Fans were welcomed with rainbows galore as the Stanley Cup champions showed they are champions for everyone as the Tampa Bay Lightning celebrated Pride Night.

When they were growing up, members of Tampa Pride, like Carrie West, could never have imagined seeing this at a sport known more for multicolored bruises than rainbows.

"In our class when we were growing up, wow, that wasn't even talked about," West said.

Rainbows were on pucks, sticks, and shirts as the Lightning sent a message that pro sports should be a place where the LGBTQ+ community isn't just welcome but embraced as essential members of the fanbase. 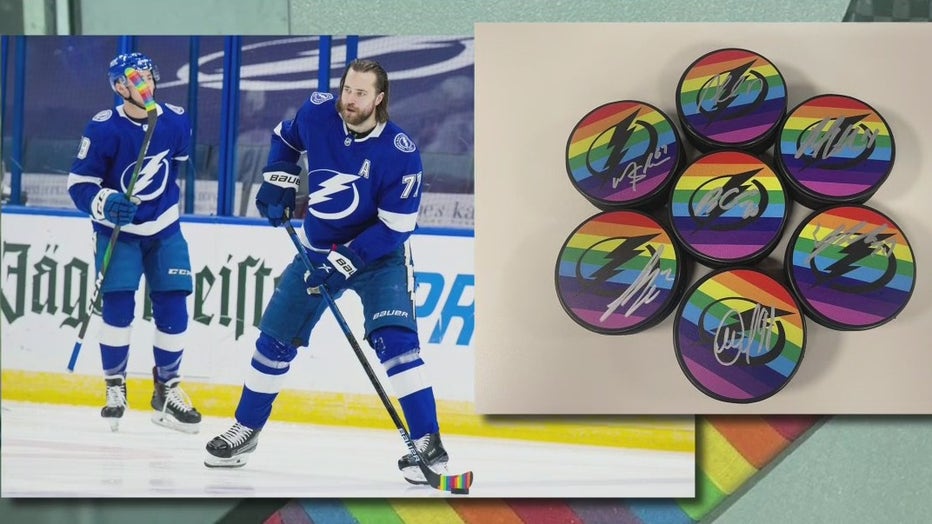 "I think sports, like opportunities, need to be equal," said Dr. Kristen Sturdevant, a psychologist who treats LGBTQ+ youth.

The Lightning is auctioning off gear the players wore to benefit Metro Inclusive Health, a clinic for those in the LGBTQ+ community.

The team says it's using its platform to speak to more than just LGBTQ+ fans and youngsters. 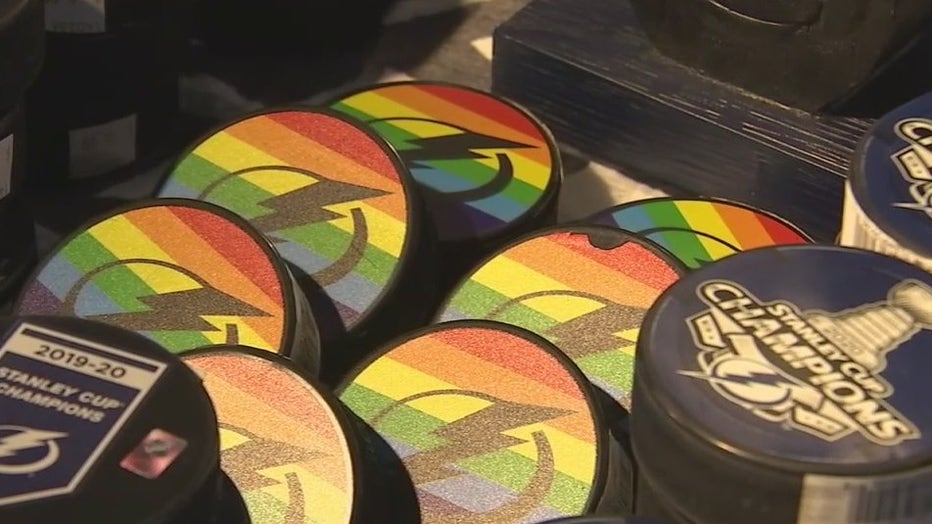 "It's leading by example," said Lightning VP of Community Initiatives Elizabeth Frazier. "We here at the Tampa Bay Lightning, we are a unifier, we are all about bringing people together, we are a community center, we want to make sure we welcome and embrace all different types of diversity."

All 30 NHL teams host a pride night and, across the US and Canada, there are 22 LGBTQ+ hockey organizations.

The Lightning is scoring different types of goals on Pride Night.

"It gives them hope," said West. "It gives them great hope and identity. Just being who they are, that they don't say I am the only person like this, where do I go from here?"

Last year's pride night did not go off as planned because it was scheduled the same night the NHL froze its schedule due to the pandemic. 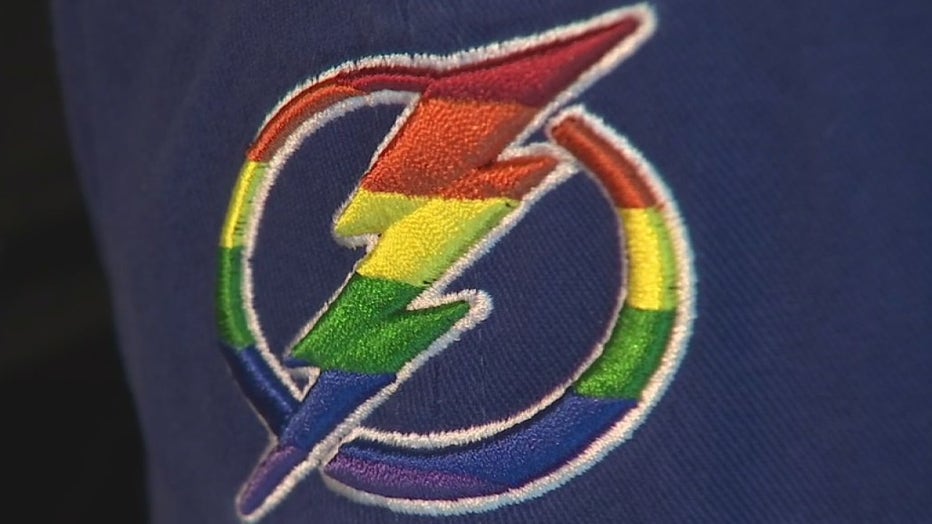