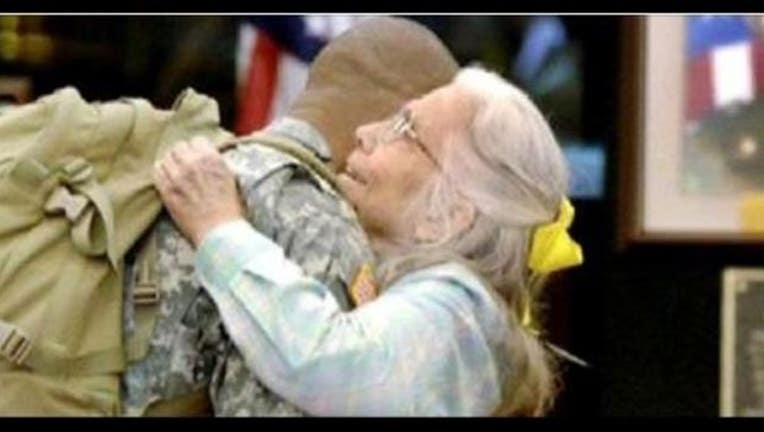 Elizabeth Laird, known as the "hug lady" of Fort Hood, boosted the spirits of thousands of American soldiers by sending them off with a hug.

KILLEEN, TX (FOX NEWS) - The "hug lady" of Fort Hood, whose embrace boosted the spirits of thousands of American soldiers over nearly a decade as they shipped out for Iraq and Afghanistan, died Thursday. She was 83.

Elizabeth Laird died at Metroplex Hospital in Killeen, Texas after she was hospitalized in November due to her deteriorating health following her breast cancer diagnoses, the Killeen Daily Herald reported.

She attended almost every deployment and homecoming at Fort Hood since 2003.

Laird was beloved by all the men and women who were deployed out of the Texas military base because rain or shine, never failing to send each one off with a hug as they left Killeen/Fort Hood Regional Airport.

More on this story from FOXNEWS.com.