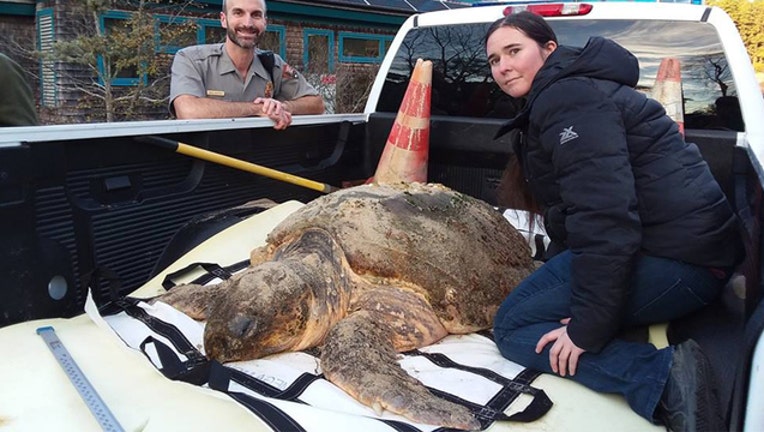 The Cape Cod Times reports that low temperatures and high winds combined to kill most of the 50 turtles that washed up Thursday in Brewster, Orleans and Eastham on the lower part of the peninsula.

Spokeswoman Jenette Kerr says most of the animals being brought to the sanctuary are dead and in some cases literally frozen.

Biologists say the turtles are stunned by the cold water in Cape Cod Bay, which shuts down their metabolisms and renders them unable to move.