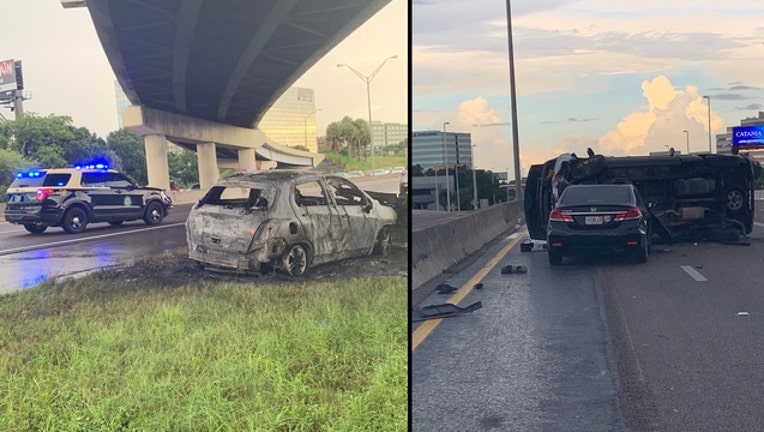 TAMPA, Fla. (FOX 13) - Interstate 275 has reopened after a major crash involving multiple vehicles forced troopers to close the highway in both directions.

The Florida Highway Patrol said the first car lost control while merging and cut across all northbound lanes, crashing into the center median concrete barrier wall. The vehicle then overturned and was struck by a second car that was also driving northbound.

The impact of the first vehicle crashing into the wall caused blocks of concrete to fly into the southbound lanes. Two vehicles collided with the concrete debris, causing one of those cars to erupt into flames.