But Florida's Bay Area got its fair share of Bob Saget, too. During an interview with FOX 13 in October 2021, the stand-up comedian said he enjoyed coming to Florida whenever he could.

"Tampa I played definitely a lot. I’d go back every couple of years," Saget said. "It was on my circuit."

The 65-year-old was in the middle of another Florida leg of his stand-up tour when he died in his room at the Orlando Ritz Carlton. His body was found Sunday afternoon.

Bob Saget made a pitstop in the Bay Area in 2021 and performed a standup comedy show in October in Clearwater. Before that, he spoke to FOX 13 about how he thinks Clearwater is 'special' and loves the Tampa audience. Of course, he threw in a pirate joke.

Back in October, Saget said he fine-tuned his stand-up routine performing in the Sunshine State.

"My God, I would go to Florida when I was 21. I opened for Rupert Holmes, the Pina Colada song, at the Diplomat," Saget recalled.

"It felt good. It’s feeling good to come back, and Clearwater is a lovely seaside community, once the storm passes," he said.

Saget joked about weather getting in the way of his last appearance, years ago.

"I think they had to call off the show, I’m not sure because I was on the 19th floor of a hotel and a goat flew by the window, and so I knew there was a problem," he said. "It was a Goatnado."

Gail Edwards, who worked alongside Saget in "Full House" as his love interest, Vicky Larson, says they last saw one another during the filming of the finale of "Fuller House" for Netflix. 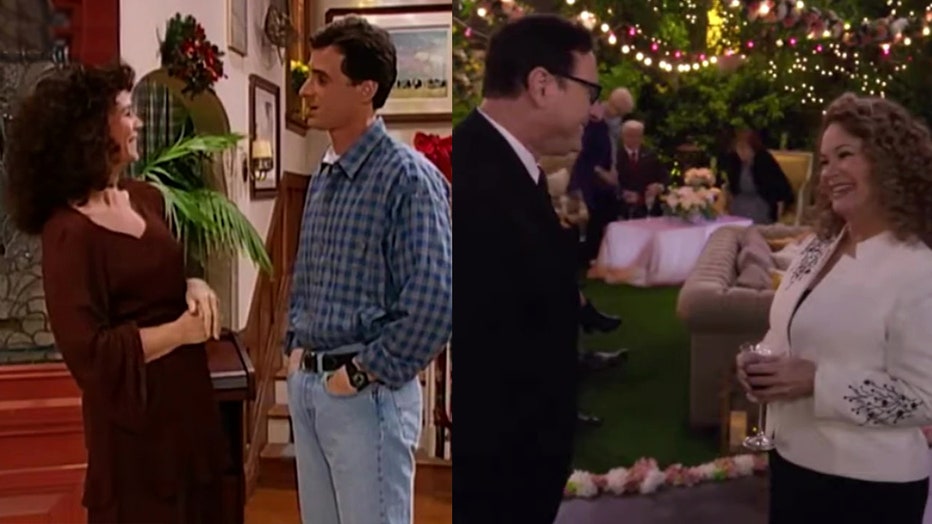 "I always thought I would see him again," Edwards said. "It just kills me. He was genuine, he was always available. He was a really nice guy, and he was funny! It just was a pleasure. I feel so lucky and so grateful.

Edwards and Saget’s time on "Full House" wasn’t their first time acting together. Saget guest-starred on Edwards' show "It’s a Living," which had a run on TV in the 80s.

"And then I ended up on ‘Full House’ with him," she said. "He was always so busy. Running off doing America’s Funniest Home Videos. He was always working, and always creative. I do think the stand-up was his original – and that through line that he loved."

She says his legacy will undoubtedly be his role as Danny Tanner.

"When I run into fans from ‘Full House,’ the imprint, from, like you, the age that they watched. And it was a safe show, and then they have their kids, and their kids. So I think it’s Danny Tanner."