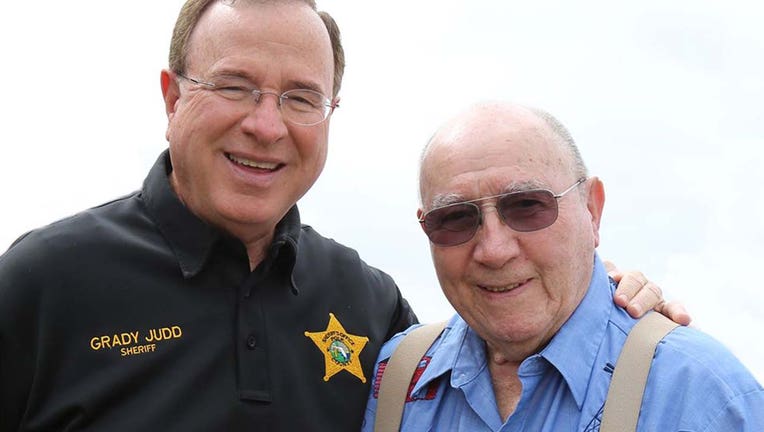 The elder Judd was well known and well loved. He was a music minister at several Lakeland churches, a 32nd-degree Mason, a member of the Dixieland Lions, and worked at two Cadillac dealerships for 47 years.

Within a day of his obituary being posted on the Facebook page of the Polk County Sheriff’s Office, there were almost 4,000 condolences, more than 1,000 shares.

According to his son, he was a straight-shooting, common-sense kind of guy who taught his children respect from an early age.

“I have always said, ‘yes sir’ and ‘no sir,’ and what my dad said was the rules from when I was a little itty-bitty kid until he passed away,” said the sheriff.

“He was ready to go. We just weren’t ready for him to go,” Sheriff Judd added.

The viewing will be at the Heath Funeral Chapel, 238 South Ingraham Avenue in Lakeland Thursday night from 5 to 7 p.m. Judd’s memorial service will be held the following day, on Friday, at Lakes Church, 1010 Memorial Blvd, starting at 11 a.m.