Air travel, before and after September 11th

TAMPA, Fla. - The difference between flying before September 11, 2001, and after the attacks is night and day.

Before 9/11, private security companies who were hired by airlines screened passengers. Passengers just walked through metal detectors then they were on their way.

Travelers going through security checkpoints did not have to take their shoes off or throw away certain foods and liquids. Also, passengers did not need a boarding pass to go through security.

"You could take your loved one to the airport and you could actually walk them all the way to the gate, give your hugs and kisses and wave to them as they went down the jetway, that was such a cool experience that when I tell my son how it was, he can't believe it," said Tanja Wasielewski, who flew into Tampa International Airport from Las Vegas. 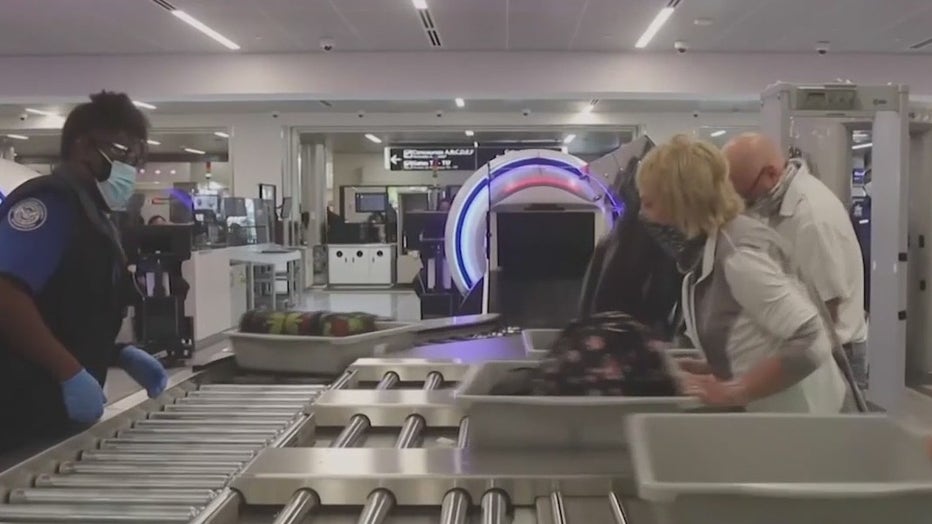 It all changed after the attacks.

They also began screening every checked bag, there were more air marshals on flights, and locks on cockpit doors were added.

Where are they now: Students in classroom with President Bush on Sept. 11th

Twenty years later, the Florida elementary school students who were eyewitnesses to history are now grownups, with lives shaped by that day.

"20 years ago, you just walked through security, there was nobody doing what they do today. You didn't pretty much almost undress, get pat down, and everything else to get on a plane, you pretty much walked on," said Mary Briguglio, who flew into TPA from Maryland.

The changes made lines at airports much longer. Despite some travelers saying it’s inconvenient, many say they feel safer in the skies.

"You have to be thankful that you're able to travel, we are very blessed to live in this great country, and being a veteran, I'm a proud American, and I think it's really great that I have that opportunity, so if it's a little inconvenient to make us all safer, I'm all for it," said Wasielewski.

From Palm Harbor to Venice to Ybor, here's a look at some ways the Tampa Bay area honors the lives lost on September 11th.