LUTZ, Fla. - When Mike Poole crashed his car into a Lutz pond Wednesday, two teenage good Samaritans jumped in and pulled him and his dogs to safety.

Poole told FOX 13 he experienced pain in his side earlier in the day, which returned while he was driving down Lutz Lake Fern Road.

"When I was on the road, it happened again and I pulled out my phone and started pulling over to the side of the road to call 911 and I guess I lost consciousness," Poole explained.

As he veered into a pond in front of the Heritage Harbor community, Preston Keleher was also pulling into the neighborhood.

"All of a sudden I saw a car. It was kind of bouncing on the grass and then eventually I saw it just kind of turn into the lake," Keleher stated. "I was kind of in shock. Usually, you see accidents right here, but you never see anything like that."

"I was like, all right, I got to look past this real quick. There could be someone’s life on the line," Keleher said.

Meanwhile, another good Samaritan jumped into the pond, smashed the window and pulled the driver and his dogs to safety. 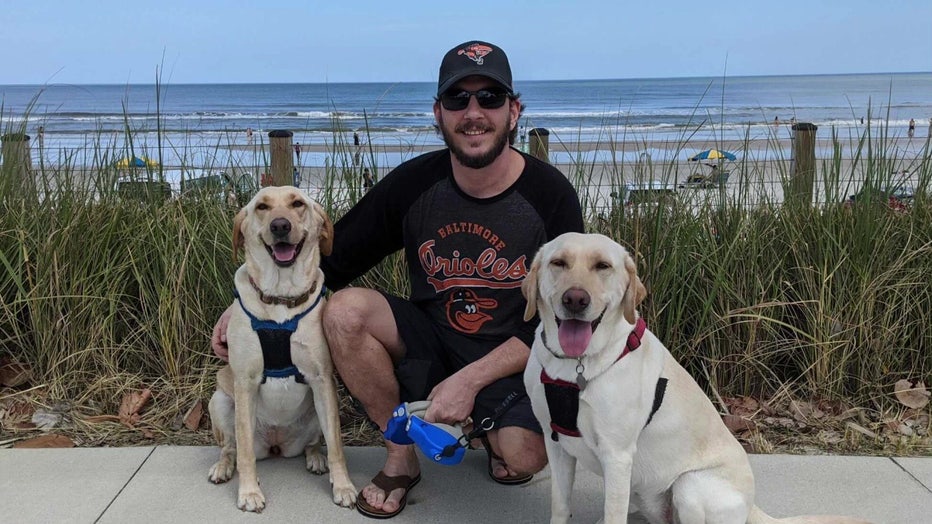 Less than 24 hours after the rescue, Poole and Keleher spoke on the phone for the first time.

"I really appreciate everything you did last night. That was amazing," Poole told Keleher. "If you wouldn’t have banged on the window and woken me up I would’ve sunk there…It was a matter of seconds. I can’t tell you how appreciative I am for your fast action."

"I’m just glad I was there," Keleher responded.

Poole said he's feeling better, but is still sore. He's waiting for doctors to determine what caused him to lose consciousness.

"I’m just very thankful to be alive and to have my dogs with me still," Poole added.